Recently Liz Moynihan completed her 41st trip to the subcontinent; her mission was to disseminate art conservation skills in India. 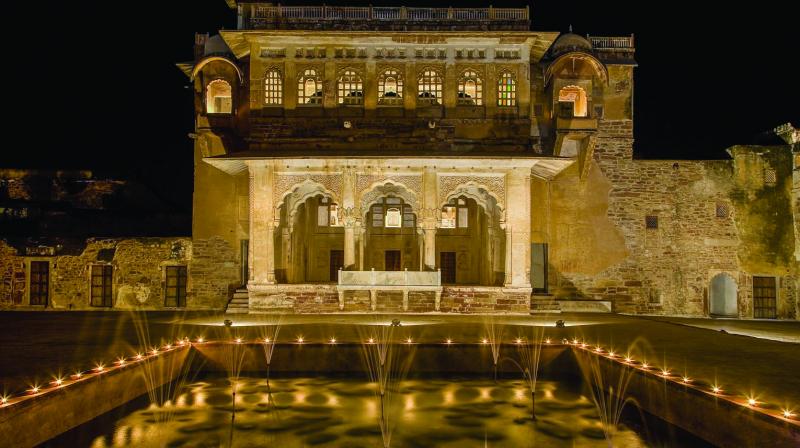 In 1973, I moved to New Delhi with my father, US ambassador Daniel Patrick Moynihan, my mother Liz, brother John, and terrier Mr Dooley, and thus began my family’s enduring bond with India. It was a time when New Delhi was filled with pastoral expanses, of no televisions and third class railway voyages from Kashmir to Kerala. But US-India relations were at a low ebb after President Richard M. Nixon’s “tilt to Pakistan” in the 1971 Bangladesh War of Independence, and the weight of US food aid loans to India that totaled over $2.5 billion. Ambassador Moynihan successfully negotiated the “Rupee Agreement” which settled the debt, and thereby launched a prosperous new chapter in India-US relations. My mother Liz forged lifelong friendships, among them with Cyrus Jhabvala and Joseph Stein, both architects of distinction, who guided her studies of Indian history and culture.

My brother John and I were the fortunate beneficiaries of our mother’s passion for India; she sent us to Ajanta and Ellora, Sanchi, Agra, Varanasi and Amritsar, she took us to see Yamini Krishnamurthy and Ravi Shankar, she filled our home with artists and writers. After my father’s diplomatic tour concluded, we made frequent pilgrimages to India. In 1978 Liz Moynihan discovered Babur’s Lotus Garden in Dholpur, the first Mughal site in India.  She recounts her journey in her book, Paradise As A Garden, and in her blog “Discovering Babur’s Gardens” on the website of the Freer-Sackler Museum of Asian Art at the Smithsonian, where she served as a board member for many years.

Recently Liz Moynihan completed her 41st trip to the subcontinent; her mission was to disseminate art conservation skills in India. The US Getty Museum and Foundation has conducted many projects in India, and in 2014 the Getty asked Ms Shelby White, founding trustee of the Leon Levy Foundation, to consider taking over their conservation project at Nagaur in Rajasthan, where the Courtauld Institute in London had made an assessment of the extensive wall paintings. Liz Moynihan, co-trustee of the Leon Levy Foundation, had been looking for just such an opportunity to develop conservation studies in India when she served on the Indo-US Subcommision on Education and Culture.  After Ms White and Ms Moynihan joined the Getty officers on a visit to Nagaur, (former) Majaraja Gaj Singh of Jodhpur formed a three-way partnership between the Mehrangarh Museum Trust and the Courtauld Institute, the premier conservators of wall painting, with the Leon Levy Foundation as founders of the Conservation Course, situated in the Ranvas Fort and Palace Complex at Nagaur, Rajasthan, renowned for its artistic heritage and conservation initiatives, and an exquisitely fashioned hotel and restaurant for visitors. 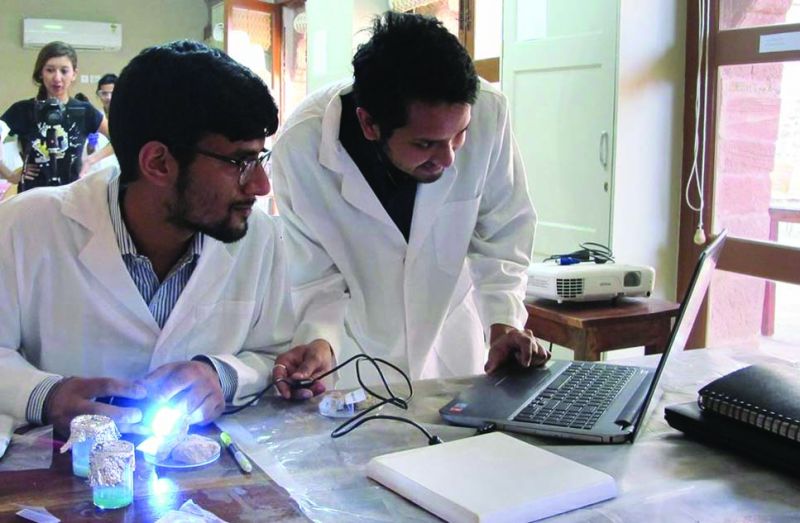 The Leon Levy Foundation’s objective, shared with Maharaja Gaj Singh, is to train young Indian professionals to preserve their national artistic heritage, which is increasingly under threat from many factors. Dr Milo Beach, director emeritus of the Freer Sackler Museum, who documented the wall paintings at Bundi, recently wrote to Liz Moynihan, describing the present condition of Bundi, to say: “The deterioration is terrifying. This is not just ‘the most significant painted space in the region, it is the earliest and most important surviving painted space made in India during the tremendously productive years of the great Mughal and Rajput kingdoms, important not just artistically but for what it tells us of the relationship between Rajput/Hindu and Mughal/Islamic cultural worlds — and this is of special importance in India today.”

The Leon Levy Centre offers courses by the Courtauld Institute in Principles of Conservation; condition assessment and technical imaging, environmental monitoring, bio-deterioration and control. Survey assessments and on-site interviews affirm that the Leon Levy course has succeeded in its mission to provide first-rate education and training and to raise awareness of the need for art conservation throughout the Indian subcontinent. The quantity of applicants has increased each year since the course was launched in 2014, and participants affirm that the course helped them professionally. Mr Karni Singh Jasol, director of the Mehrangarh Museum Trust, observes: “India has heritage of all kinds of materials from wall paintings to objects. We need a large team of art warriors in the future to save our heritage. With growing urbanisation other aspects there are new stresses on the environment.” 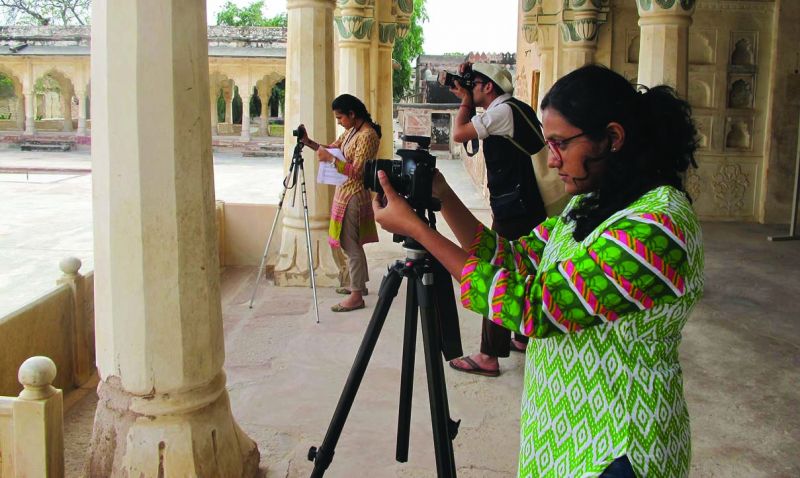 Shree Kumar Menon, co-director of the 2018 Leon Levy Centre at Nagaur, and an expert on wall painting in Ladakh, says: “There was a lack of professional training in India, this programme filled that gap. It is collaborative work; this can become an important field of knowledge and employment in India, where cultural institutions and hotels have resources to hire professional conservation staff.”

Liz Moynihan states, to sum up: “The great artistic achievement for which Rajasthan is best known is colourful, lively, historic wall paintings. Time is catching up with these treasures and many need critical assessment immediately, or they will be lost. It is impressive to see the work conservators have preserved at Nagaur: this can be a model for projects throughout the Indian subcontinent, home to 1.5 billion people.”