Locals called police after they spotted flames, smoke coming out of house. Sisters, 20, 18 and 16, died by the time police reached the spot. 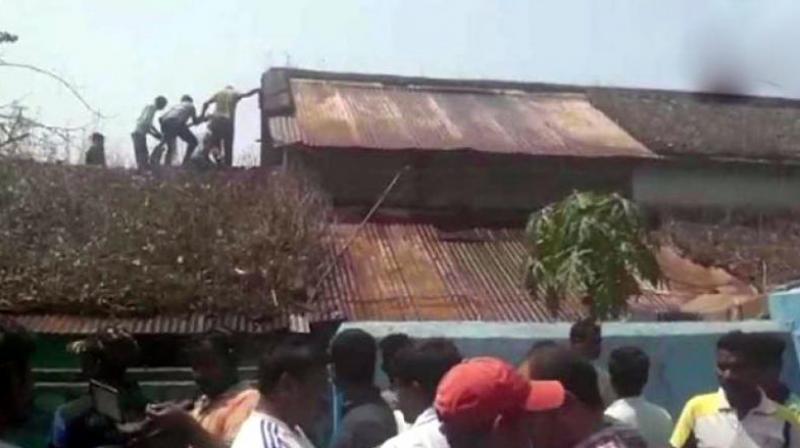 Firemen said the door was locked from the inside. Police suspect the three sisters killed themselves. (Photo: ANI | Twitter)

Malkangiri: The charred bodies of three sisters were recovered from a house in Odisha's Malkangiri on Wednesday.

Locals called the police after they spotted flames and smoke coming out of the house. But the sisters, aged, 20, 18 and 16, had died by the time the police and firemen managed to arrive at the scene.

While dousing the flames, the firemen informed the police that the door was locked from inside. The circumstances have led to suspicion that the girls committed suicide. They had sent their brothers to the market just before the fire, the police said.

Neighbours suspect that the sisters, all unmarried, were depressed over some family-related issue.

According to reports, the family has been struggling with poverty and stress since the death of their father 10 days ago.

A case of unnatural death has been registered.