She was miffed at reinstatement of some party workers in UP who had threatened and misbehaved with her a few days ago. 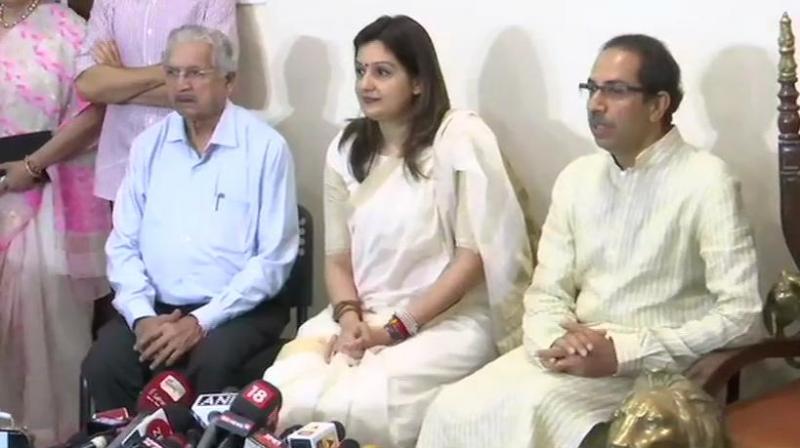 After quitting all the posts in the party, Chaturvedi sent her resignation to the party's top brass. (Photo: File)

New Delhi: The Congress parties most vocal face, its national spokesperson and media cell convenor, Priyanka Chaturvedi quit the party on Thursday evening, a day after she had gone public with her anguish that the party had reinstated cadres who had misbehaved with a few days ago, sources said.

It was also learnt that Chaturvedi will join the Shiv Sena.

This is what Chaturvedi had tweeted on Wednesday.

Deeply saddened that lumpen goons get prefence in @incindia over those who have given their sweat&blood. Having faced brickbats&abuse across board for the party but yet those who threatened me within the party getting away with not even a rap on their knuckles is unfortunate. https://t.co/CrVo1NAvz2

She has also changed her introduction in her Twitter account where she had made a clear mention earlier about the posts she held in the party. 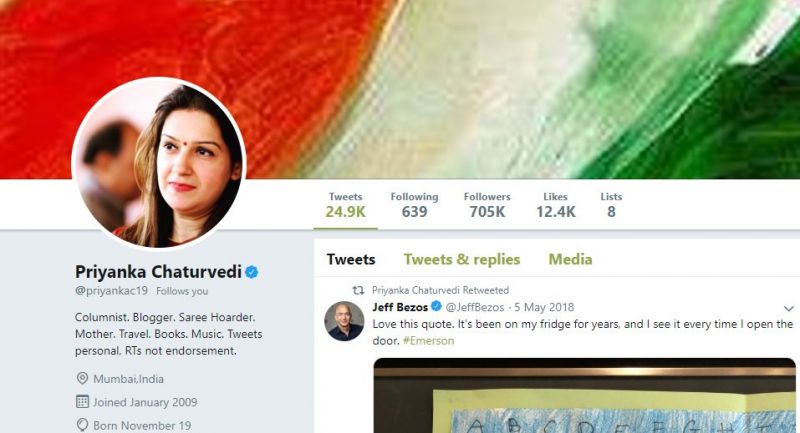 She was miffed at the reinstatement of some party workers in Uttar Pradesh who had threatened and misbehaved with her during her press conference in Mathura a few days ago. The party which had suspended those workers reinstated them on April 15.