Security forces have killed 60 terrorists in the Valley this year. 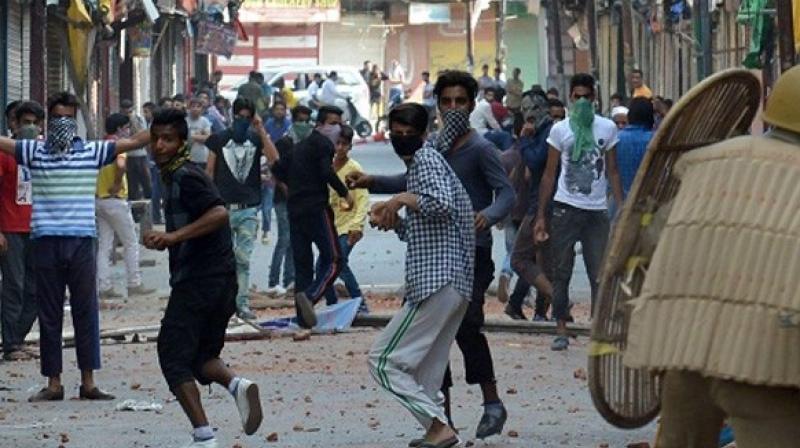 New Delhi: There is a decline in stone pelting and civil protests in the Kashmir Valley in the recent months, according to data with security agencies.

This is coupled with a decline in local recruitment to the militant organisations giving hope of improvement in the security situation in the trouble-torn Valley.

This year, the security forces have killed 60 terrorists out which 27 are from Jaish-e-Mohammad. Some 21 terrorists were neutralised only in March in which 11 belonged to Jaish.

However, in November these incidents again fell to 41 and then to 37 in December. This year, January witnessed 20 such incidents and in February there were 16 stone pelting incidents.

Similarly, civil protests have also dipped in the Kashmir valley. The Valley had witnessed 101 civil protests in August 2018 which came down to 69 in March 2019. December had seen the lowest 35 civil protests. There had been 55 such incidents in September, 56 in October and 38 in November 2018.

This year in January there were 48 such incidents and 68 in February.

There is also an encouraging trend in local recruitment which has been restricted mostly to the South Kashmir. In 2019, 18 local youth joined the militant groups in the Kashmir Valley.  This is a drop from 32 boys joining militancy during the same period in 2018 and 23 in 2017.

Some 208 locals youngster had joined the militant groups in 2018, which was the highest number of local recruitment in Jammu and Kashmir  in recent years.

The increase in young Kashmiri boys picking up guns had worried the security establishment. In 2017, the number of local recruitment was 128 which then was the highest number after 2010.