Political analysts do not rule out the possibility of split in votes on caste lines during the tringular contest. 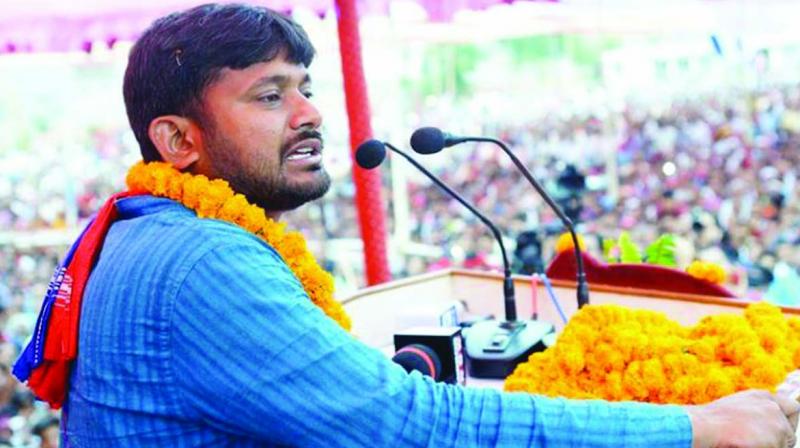 Patna: Begusarai is gearing up to see a three-cornered contest in Bihar on April 29 between CPI's Kanhaiya Kumar, firebrand BJP leader and Union minister Giriraj Singh, and RJD's Tanveer Hassan.

While all the three candidates are being seen as strong contenders, political analysts do not rule out the possibility of a split in votes on the basis of caste in Begusarai during the Lok Sabha elections.

BJP's Hindutva face Giriraj Singh who was shifted to Begusarai after his Nawada seat went to Ram Vilas Paswan's Lok Janshakti party under the NDA's seat-sharing formula is likely to face a tough battle from Kanhaiya Kumar who is contesting his first election.

The RJD has fielded its Muslim face Tanveer Hassan against both these candidates.

Reports suggest that the RJD was earlier planning to include the CPI into the grand alliance fold but decided to stay away from the Left party after it insisted on fielding Kanhaiya Kumar from Begusarai.

Some of the leaders said that Tejashwi Yadav was not comfortable with Kanhaiya Kumar because of several controversies surrounding him. Political observers, however, pointed out how the student leader was greeted warmly by RJD chief Lalu Yadav when he visited Bihar after the JNU controversy in 2016. They said that the situation changed after Lalu Yadav was sent to jail in the fodder scam case and Tejashwi Yadav started helming the party.

Tanveer Hassan had lost in the 2014 general elections by a margin of 58,000 votes. In 2009, JD(U) candidate Monazir Hassan won this seat by a margin of 4o,873 votes. In both the elections, CPI's vote bank had been intact with its candidates managing to stay on the second or the third position.

RJD sources, however, claim that the party is banking on its M- Y combination this time and also sees the possibility of a split in Bhumihar votes which is a dominant community in Begusarai.

Both Kanhaiya Kumar and BJP's Giriraj Singh come from the upper caste Bhumihar community which has a population of around 4.5 lakh.

There is also a sizable number of Muslims in the constituency with a population of 2.5 lakh. Yadavs with the population of 80,000 are also considered strong in several pockets. The extremely backward caste (EBC) has around 1 lakh voters in entire Begusarai.

By fielding Kanhaiya Kumar as its nominee against Giriraj Singh, the CPI hopes to regain its support base in the region. The district was once known as the "Leningrad of Bihar or little Moscow" due to its long history of the struggle between landless farmers and the landlords.

Observers recall that Begusarai remained the stronghold of Left parties till the 1980s or early 90s but started losing support after the emergence of regional parties in the state.

Speaking on the issue, Left leaders in Bihar said, "The main agenda is to stop fascist forces from returning to power in 2019 and generate jobs.”