Drug menace which was a major plank and was instrumental in bringing back the Cong to power has disappeared from the political scene. 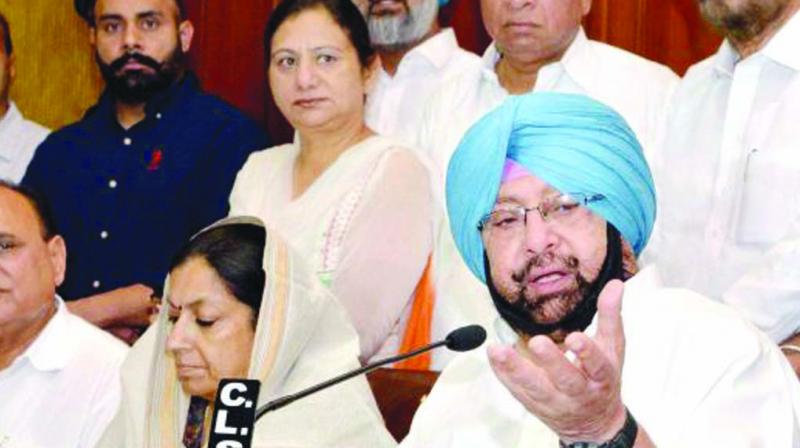 Chandigarh: The issue of drug menace was the main issue in the last parliamentary and Assembly elections in Punjab.Ironically, nobody talks about it any more in the state.

Neither the ruling the Congress, nor the Opposition, including the AAP, which was earlier quite vocal about it, is talking about it any longer.

However, the recent murder of a lady drug inspector by a chemist in her office has indicated that everything is not hunky-dory in the state as far as the drug menace is concerned.

The recent murder of Neha Shoree, 36-year-old Punjab government’s food and drugs administration (FDA) officer inside her office at Kharar in Mohali last month, has indicated that even if there is no talk of drug abuse now, the menace is far from being controlled.

The accused who killed the drug inspector was identified as Balwinder Singh who entered the office in the morning and fired at Neha four times from his licensed revolver. He then reportedly shot himself in the chest and head with the same weapon. The licensed weapon with which Neha was killed was issued during the model code of conduct.

Even as the chief minister Amrinder Singh has handed over the investigation of murder to the Bureau of Investigation (BOI), it has once again brought the issue of drug problem in the state to the forefront.

It may seem ironic but the issue of drug menace which was a major plank and was instrumental in bringing back the Congress to power has disappeared from the scene. No political party is talking about it in the election campaign. The issue of drugs abuse snowballed into a full-blown election issue, and became the deciding factor during the last parliamentary as well as Assembly elections in Punjab.

The Aam Aadmi Party (AAP), which has won in Sangrur, Faridkot, Fatehgarh Sahib and Patiala, had vociferously raised the issue during the last elections. Bhagwant Mann, AAP candiatate who won by more than 200,000 of margin from Sungrur, was vocal about the issue of drug abuse.

The perplexing silence of all the political parties on the issue in this election may seem strange to many. However, former Punjab DGP Shashi Kant who always raised the issue at various levels describes it as a collective failure of the political class. “The menace of drugs persists in Punjab. The fact that no party is raising the issue any more is that they have fully used it for political gains. They have now moved to another issues and probably accepted the problem as something insurmountable.”