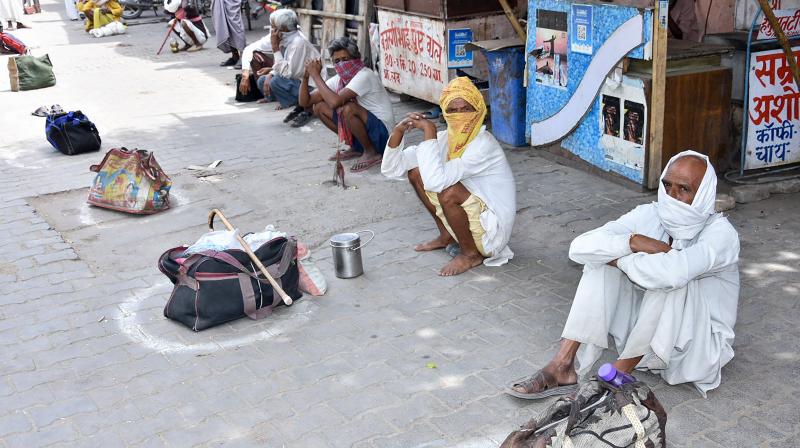 New Delhi: The death toll due to COVID-19 rose to 507 and the number of cases to 15,712 in the country on Sunday, according to the Union Health Ministry.

The number of active COVID-19 cases stood at 12,974, while 2,230 people have been cured and discharged, and one had migrated, it said.

Nineteen deaths have been reported since Saturday evening -- 10 from Maharashtra, five from Gujarat, two from West Bengal and one each from Karnataka and Madhya Pradesh, the ministry said.

Tamil Nadu and Andhra Pradesh have reported 15 deaths each while Uttar Pradesh has reported 14 fatalities.

Punjab has reported 13 deaths while Karnataka's death toll is 14.

Rajasthan has registered 11 deaths while West Bengal has reported 12 fatalities.

Five people have lost their lives in Jammu and Kashmir while Kerala and Haryana have recorded three deaths each. Jharkhand and Bihar have reported two deaths each.

Meghalaya, Himachal Pradesh, Odisha and Assam reported one fatality each, according to the health ministry's updated data.

The number of novel coronavirus cases has risen to 384 in Karanataka, 341 in Jammu and Kashmir and 310 in West Bengal.

Bihar has reported 86 cases, while Odisha has 61 coronavirus cases.

Forty-two people were infected with the virus in Uttarakhand, while Himachal Pradesh has 39 cases. Chhattisgarh has 36 cases and Assam 35 cases.

Jharkhand has 34 cases, Chandigarh 23 cases and Ladakh 18, while 14 cases have been reported from the Andaman and Nicobar Islands.

Meghalaya has reported 11 cases while Goa and Puducherry have reported seven COVID-19 cases each.

The website also mentions that a COVID-19 patient from Nagaland has been shifted to Assam.