India   All India  19 May 2017  UP: Martyr's family on indefinite fast, wants CM to visit village
India, All India

The family had earlier too refused to perform the last rites till the then Chief Minister Akhilesh Yadav visited them. 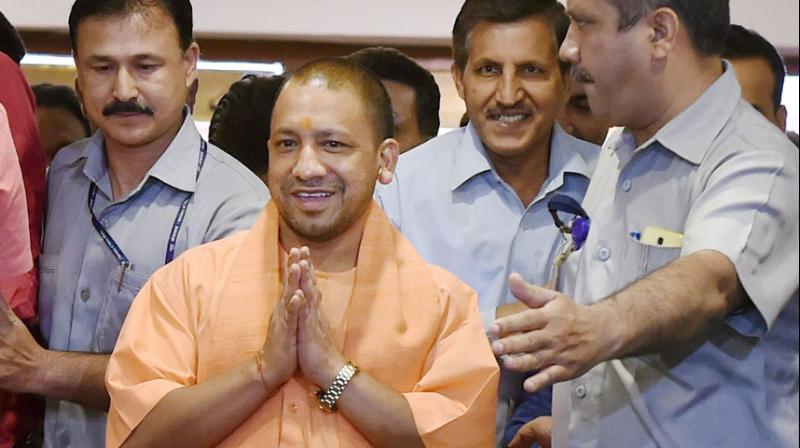 Sambhal: Family members of Sepoy Sudhesh Kumar, who was killed in firing by Pakistani troops along the LoC in Jammu and Kashmir last year, on Friday sat on an indefinite fast, demanding the chief minister's visit to Pansukha Milak village.

Villagers and family members of Kumar, who laid down his life on October 16, 2016, sat on a fast in the village, claiming that despite promises by the BJP leaders, none of them visited the family again.

"We were promised sanction for a petrol pump, construction of a road and memorial in the village and renaming a village primary school in Sudesh's name by the BJP leaders, but none of the promises was met," Sudesh's brother Manoj Kumar said.

Another brother of the martyr, Anil Kumar, said they had lost trust in local BJP leaders and that was why they were demanding that Chief Minister Yogi Adityanath should visit them.

The family had earlier too refused to perform the last rites till the then Chief Minister Akhilesh Yadav visited them.

Brahmpal claimed, "The then chief minister had gone to a martyr's house in Etah as he was a Yadav. He should have come here too as there should not be any discrimination between martyrs."

Sudesh, hailing from Sambhal district, was killed when Pakistani Army fired on Indian Army posts along the Line of Control in Rajouri district.

Kataria and local MP Satpal Saini had also visited them and assured all help.