State’s unemployment rate is 12.3%; registered job-seekers are around 88K. 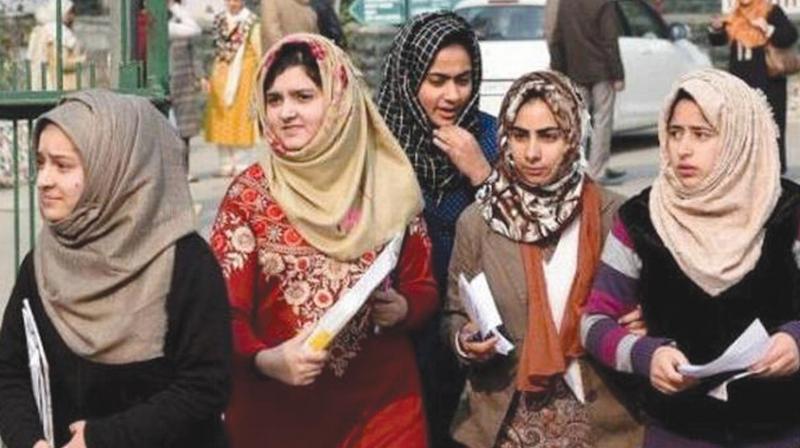 Official figures show that over 88,000 youths in Jammu and Kashmir are registered with employment exchanges.

Srinagar: Last month, nearly 80,000 aspirants turned up for the written test for just 125 posts of naib-tehsildar (revenue official) in Jammu and Kashmir (J&K), mirroring the gravity of the unemployment situation in the state.

Jammu and Kashmir, as per a recent survey done by Centre for Monitoring Indian Economy (CMIE) in collaboration with Bombay Stock Exchange (BSE), had the highest unemployment rate of 12.13 per cent in the country followed by Kerala at 9.60 per cent, Assam at 8.60 per cent and Haryana at 7.16 per cent. The national unemployment average is 4.7 per cent.

This was corroborated in the last Economic Survey Report of J&K which had said that J&K’s unemployment rate is 24.6 per cent using usual principal status (UPS) approach, while  those in the age group of 18 to 29 years had unemployment rate of 13.2 per cent at the all-India level, using UPS approach.

The labour bureau of Union ministry of labour and employment talks of the situation being grimmer. As per a survey conducted by it in 2015-16, J&K had 72 unemployed persons per thousand. If taken into consideration, the number of unemployed youth in the state was over 900,000 based on the 2011 census. Some officials say that the total number of jobless people in the state is around 610,000.

However, department of employment officials said there were 88,040 unemployed persons — 42,219 in Kashmir division (Valley and Ladakh) and 45,821 in Jammu division — registered at J&K’s 22 district employment and counselling centres for the quarter ending March 2018. Of them, 17,351 were graduates, 6,586 post-graduates, 2,877 degree holders and 3,302 skilled and ITI trained persons.

Apart from the ground situation, it is the state’s isolation, hostile weather conditions, poor infrastructure, official apathy, inequity and ethnic bias that keep big business houses out of the Valley, maintain J&K industrialists.

Admitting that unemployment is a challenge, chief minister Mehbooba Mufti claimed that the state government is taking various steps to tide over the problem. “We’re encouraging the private sector to invest in the State and promoting entrepreneurship among youth to generate job avenues.”

Waheed-ur-Rehman Parra, the youth president of ruling Peoples' Democratic Party (PDP).  said, “Until peace returns to J&K, encouraging the corporate sector to invest in the state is a pipe dream. If the tourist inflow increases so also the job avenues,” he said. Until then, the unemployment problem will stay and may even aggravate, he added.

Some analysts attribute the joblessness to negligible investments in industrial sector because of uncertainty caused by violence and shutdowns etc. “The corporate sector doesn’t grow and the private sector doesn’t take roots in J&K. Indian Incorp does not want to invest here due to the uncertainty,” said Mr Parra. In this grim situation, there is a silver lining though. Many of the educated and skilled youth are, instead of waiting for the government to come to their rescue, setting up self-help groups (SHGs) after availing the incentives offered by the government. At present, there are 2,808 such groups  in J&K. Also,  a new breed of budding entrepreneurs and startups are emerging. Among them are women who are breaking stereotypes in a society where females are not encouraged to take part in activities that give them “too much exposure”.

Beenish, one such woman, said, “Since it has become difficult to find a job in public or private sector, we decided to stand up on our own legs.” She along with Srinagar-based Omaira started their own business. Here novelty items with local artistic touch are manufactured and then sold online. The group has also created Instagram and Facebook pages titled “Craft World Kashmir”, which helped take their business beyond the state’s boundaries.

“There are so many things women can do to earn a honourable living,” Ms Beenish said. According to Ms Omaira, “I was earlier working as a school teacher. But then I thought to do something different. Now we all work hard together and it is paying off,” she said.

Once the duo came on social media, several other girls came forward and desired to join the group which is growing rapidly.

Finance minister S.A. Bukhari has promised all help to young entrepreneurs and artisans.