India   All India  19 May 2018  Why Yeddyurappa stunned Karnataka Assembly by resigning ahead of floor test
India, All India

Why Yeddyurappa stunned Karnataka Assembly by resigning ahead of floor test

'I will not face the confidence vote, I am going to resign,' BJP's BS Yeddyurappa told in an emotional speech. 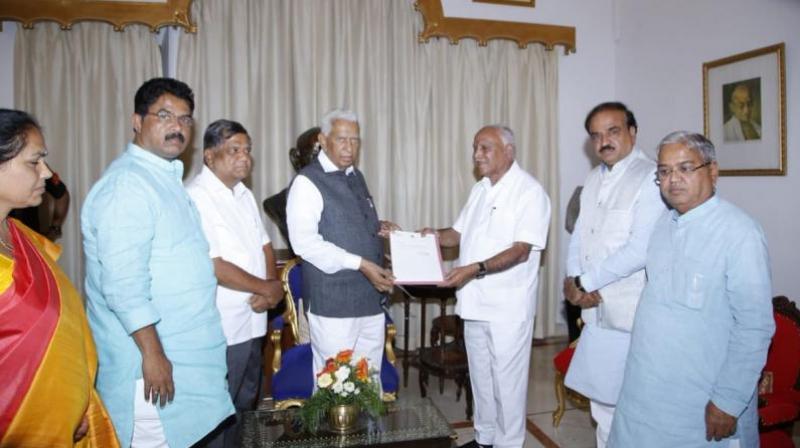 Bengaluru: With the hands of the clock silently moving towards 4 pm and the House getting ready for the trust vote in the Karnataka Assembly, the lawmakers of the state were in for a shock when newly sworn-in Chief Minister of the state B S Yeddyurappa resigned from the post on Saturday.

"I will not face the confidence vote, I am going to resign," BJP's B S Yeddyurappa told in an emotional speech before walking out of the assembly to submit his resignation to Governor Vajubhai Vala.

Yeddyurappa, who took over as the Chief Minister of Karnataka on Thursday after BJP had won 104 seats in the recently concluded assembly elections, had maintained till Saturday that he was "100 per cent sure of winning" the trust vote. The words of Yeddyurappa were echoed by Union Ministers and senior BJP leaders Prakash Javadekar and Ananth Kumar.

The Congress and the Janata Dal Secular who have formed an alliance in the state, however, accused the BJP of trying to bribe or threaten their MLAs before the test of strength.

Couple of hours before the Supreme Court-ordered floor test was about to happen, there was commotion over two Congress lawmakers - Anand Singh and Pratap Gowda Patil - who were missing from the assembly on Saturday morning with the party alleging that they had been "held captive" by BJP legislator Somasekhara Reddy, who was also missing when his name was announced for oath-taking this morning.

According to reports, the BJP leadership in Delhi "did not want any taint" on the party ahead of the 2019 general election.

The BJP has 104 lawmakers - 103 after one of the MLAs was made pro-tem speaker for today - which was eight short of the majority mark of 112.

The Governor of Karnataka had given Yeddyurappa 15 days to prove his majority. The days were cut to hours by the Supreme Court on Friday, who ordered the BJP to take a trust vote today.

The Supreme Court order and the implication of "horse-trading" was an embarrassment to the BJP.

According to reports, BJP was unsure about winning trust vote under the circumstances.

In 1996, former Prime Minister Atal Behari Vajpayee had also resigned just before a trust vote in parliament, after delivering a landmark speech.