One accident took place in UP's Mahoba while the other was recorded in Maharashtra's Yavatmal. 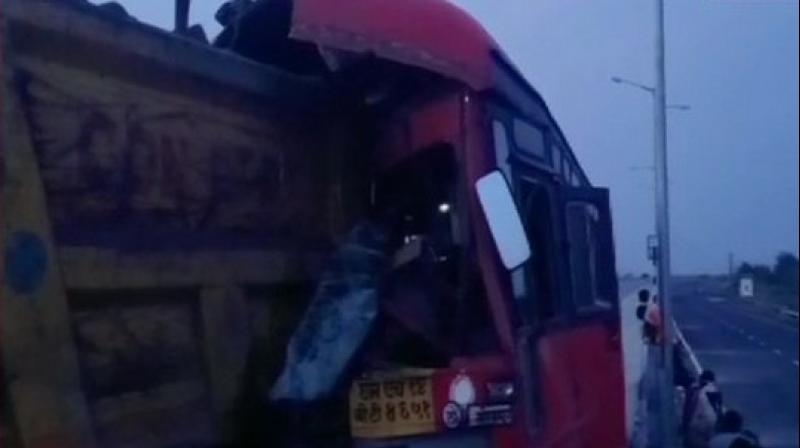 The accident spot in Yavatmal. (ANI)

Tragedy once again struck migrant labourers as seven labourers were killed in two separate accidents across the country on Tuesday.

The labourers had come on foot from Delhi and had boarded the truck near Harpalpur along the UP-MP border, the SP said. The truck overturned into a roadside ditch after a tyre burst, killing three women on the spot, the SP said.

The deceased were aged between 30 and 38 years. The injured have been admitted to a government hospital.

Meanwhile, three migrant labourers and a busdriver were killed and 22 others injured after their vehicle hit a stationary truck in Maharashtra's Yavatmal district in the early hours of Tuesday, a police official said.

The accident took place at Kolwan village around 3.30 am when the bus was on way from Solapur to Nagpur railway station where the labourers were supposed to board a Shramik Special train to reach their native places in Jharkhand, Additional Superintendent of Police Noorul Hasan said.

The bus driver lost control over the wheels following which the vehicle hit a stationary truck which was carrying road construction material, he said.