India   All India  19 May 2020  Supreme Court grants relief to Republic TV's Arnab Goswami but refuses to transfer case to CBI
India, All India

Goswami has moved the apex court seeking to quash multiple FIRs lodged against him for his anti-Sonia statement. 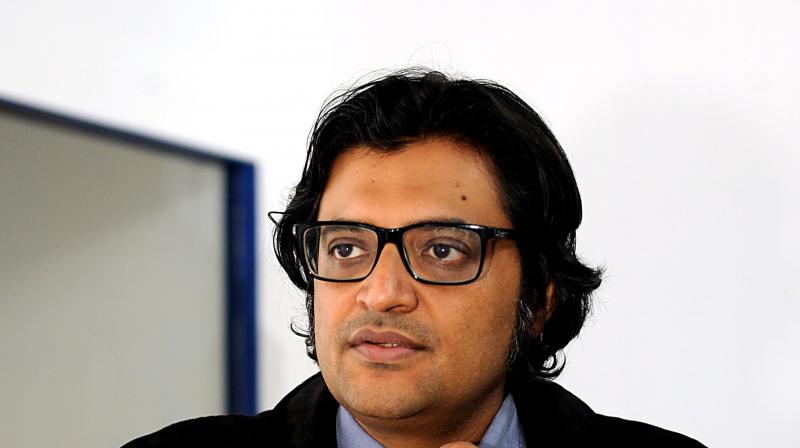 New Delhi: In partial relief to Republic TV Editor-in-Chief Arnab Goswami, the Supreme Court Tuesday quashed all criminal investigations related to the news show on Palghar mob-lynching except the initial one that is being probed by the Mumbai police, but refused his plea for transfer of probe to the CBI.

Observing that journalistic freedom lies at the core of freedom of speech and expression, a bench of Justices DY Chandrachud and MR Shah granted protection to Goswami from any coercive action for three more weeks from today and said that he can approach the competent court for quashing of the FIR.

While quashing multiple FIRs lodged in different places with regard to the news show, the top court said they will have stifling effect and directed that no other FIR or complaint shall be entertained or pursued on basis of broadcast made by Goswami on April 21.

Pronouncing the verdict through video conferencing, the apex court observed that the right of journalist under Article 19 (1) (a) is at a higher level and that India's freedom of press stays as long as journalists can speak truth to power, but this freedom is not absolute.

The top court on May 11 had directed that no coercive action should be taken against Goswami in the fresh FIR lodged by Mumbai police on May 2, for allegedly hurting religious sentiments by making some remarks during his news show.

Goswami has moved the apex court seeking to quash multiple FIRs lodged against him in various states over his alleged defamatory statements against Congress Chief Sonia Gandhi in the show.

Goswami had claimed in the top court that he was interrogated by Mumbai Police for over 12 hours over the FIR on alleged defamatory statements and one of the two investigating officers (IOs) probing the case against him has tested positive for Covid-19.

The Maharashtra government had also moved the apex court alleging that Goswami has been misusing protection granted by the top court and has been "browbeating" the police by "creating fear psychosis".

Solicitor General Tushar Mehta, appearing for the Centre, supported Goswami for transfer of the probe to CBI saying that since the accused has made allegations against the police, which too has made certain accusations, the court must look at the possibility of having a probe by an independent agency.

The top court on April 24 had granted 3-week protection to Goswami against any coercive steps in connection with some FIRs lodged against him in various states for alleged defamatory statements made during news show on Palghar mob-lynching of three persons, including two saints in Maharashtra.

Staying further proceedings in the three FIRs and 11 complaints lodged in different states except for the one FIR lodged in Nagpur city, the top court had said there is a need for the law to protect journalistic freedom within the ambit of Article 19(1) (a) (freedom of speech and expression) of the Constitution.

The top court had transferred the FIR lodged in Nagpur city to the N M Joshi Marg Police Station, Mumbai, where Goswami has lodged a case in connection with an attack on him and his wife allegedly by some Congress workers and said the senior journalist would cooperate in the investigation.

The May 2 fresh FIR, was lodged in Mumbai against Goswami and two others for allegedly hurting religious sentiments by making derogatory remark regarding a mosque located in suburban Bandra.

Hundreds of migrant workers had gathered in Bandra on April 14 demanding transport arrangements to go back to their native places, hours after Prime Minister Narendra Modi had announced extension of the nationwide lockdown due to COVID-19 till May 3.

The FIR was lodged in Pydhonie police station in south Mumbai on May 2 by Irfan Abubakar Sheikh, secretary of Raza Education Welfare Society.