7 killed in Gujarat as Cyclone Tauktae batters parts of state 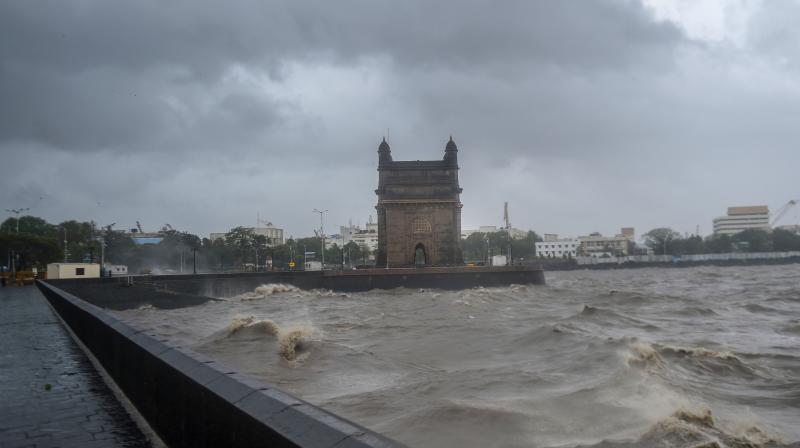 Despite early warnings of Cyclone Tauktae. The cyclone sank a barge that had living quarters for employees working offshore, while two other construction barges lost anchors and drifted away. — PTI

Mumbai: The Search and Rescue (SAR) operations to locate and bring to safety the 390 missing persons off Mumbai coast in the Arabian Sea was on till late night on Tuesday. Till Tuesday evening the Indian Navy and Coast Guard had rescued 317 people on board two barges that went adrift. At least seven people were killed in Gujarat as Cyclone Tauktae battered parts of the state.

According to the Indian Navy, 180 persons were rescued from Barge P-305 off Bombay High. This Barge went adrift off Heera Oil Fields on Monday with 273 persons onboard due to the extremely severe Cyclone Tauktae.

Naval Ships Beas, Betwa and Teg had joined INS Kochi and Kolkata in the search and rescue operations for Barge P-305, which sank 35 nautical miles from Mumbai (in the Mumbai Offshore Development Area). SAR has also been augmented with P8I and naval helicopters, who continue to undertake aerial search of the area. Since the commencement of the SAR on Monday, 180 survivors have been rescued.

Oil and Natural Gas Corporation Limited (ONGC) stated that all drifted vessels, except 'P-305', are taken in control, and their crew is safe. Indian Navy and ONGC were actively engaged in rescuing the crew of vessel 'P-305'.

In a statement the ONGC said, "Due to severe cyclonic storm, unfortunate incidents have occurred involving three construction barges of Afcons working on a project of ONGC in Western Offshore fields in the Arabian Sea and one drilling rig of ONGC deployed for exploration purpose. ONGC is taking all possible measures in coordination with ODAG (Offshore Defence Advisory Group) and MRCC (Maritime Rescue Coordination Centre) to ensure the safety of personnel and vessels."

Search and Rescue Operation efforts were also in progress off the coast of Gujarat for three vessels -- Support Station 3, Great Ship Aditi and Drill Ship Sagar Bhushan -- which are 15-20 nautical miles South East off the Gujarat coast (Pipavav), said the Indian Navy

The Directorate General of Shipping said it will conduct a thorough probe into the conditions and reasons behind the two barges going adrift near Bombay High despite early warnings of Cyclone Tauktae.

The cyclone sank a barge that had living quarters for employees working offshore, while two other construction barges lost anchors and drifted away.

The India Meteorological Department (IMD) said that several parts of north India, including Delhi-NCR, will receive moderate rain over the next two days.
Cyclone Tauktae crossed the Gujarat coast as an "extremely severe cyclonic storm" around midnight and gradually weakened into a "severe cyclonic storm," before further weakening to a "cyclonic storm" now, the IMD said.

An orange colour-coded warning has been issued for the National Capital Region (NCR) for Wednesday with a forecast of rains and squally winds of 50-60 kilometres per hour. The weakened cyclonic circulation will also move to Uttarakhand and bring rains to the state along with Himachal Pradesh in the next two days, an official said.

Gujarat chief minister Vijay Rupani said 16 hospitals providing Covid treatment faced power outage due to the cyclone. The electric supply was restored in 12 of them, while the remaining four were operating on backup power generators, he said. The production of medical oxygen at a plant in Bhavnagar was disrupted due to the cyclonic storm, but the supply continued using the buffer stock, Mr Rupani said.

In Maharashtra, Cyclone Tauktae disrupted power supply to 46.41 lakh consumers in Thane, Raigad, Palghar, Ratnagiri, Sindhudurg and other districts since Saturday. The electricity supply of 34.14 lakh consumers has been successfully restored, a state government official said.