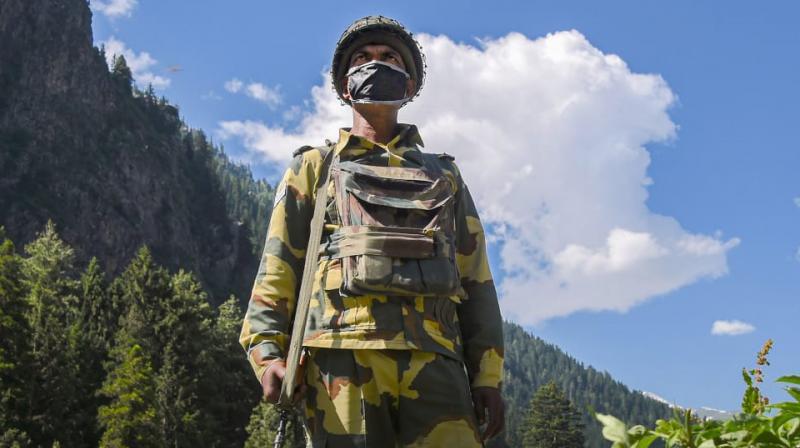 New Delhi: China on Thursday evening released 10 Indian soldiers, including four officers, who were captured during the skirmish in Ladakh’s Galwan Valley on June 15.

It took three days of hectic negotiations between Leh-based 3 Infantry Division commander Major General Abhijit Bapat and his Chinese army counterpart before the Chinese agreed to release the captured Indian soldiers. According to sources, on Wednesday, Chinese Major General had even shown the photographs of these captured soldiers to to assure  the Indian side about their safety.

All 10 soldiers walked back on Thursday evening and their medical check-up was done. They will be de-briefed about their stay in Chinese custody.

Indian army had said on Thursday that no Indian troops were missing in action in Galwan Valley.

"As far as I know, China is not detaining any Indian personnel at present," said a spokesperson of China's Foreign Ministry on Friday.

Some 20 Indian soldiers, including 16 Bihar’s Commanding Officer Colonel Santosh Babu were killed and 76 others injured during the bloody clash with Chinese soldiers in Galwan Valley on Monday night.

The Indian soldiers, who were outnumbered, were attacked by Chinese soldiers using sticks with barbed wires, iron rods and stones. The clash started when a party led by Colonel Babu had gone to ask Chinese to remove a tent at the Patrolling Point 14 in Galwan area which is at a height of 14,000 feet, and within Indian territory.

The situation in Ladakh is tense. Indian Air Force chief RKS Bhadauria was on a two-day visit to the Leh and Srinagar airbases, which was not made public. These two bases will be important for any action in Eastern Ladakh. He was in Leh on June 17 and at Srinagar airbase on June 18. He visited some forward locations too. Air Force chief is reported to have checked the operational readiness and reviewed the preparation of all platforms deployed in these bases. IAF has deployed Sukhoi-30MKI, Mirage 2000 and Jaguar fighter aircrafts to advanced positions. A number of IAF fighter aircrafts were seen taking sorties in Ladakh on Friday. India has already put army, air force and navy on high alert.

Chinooks helicopters have also been deployed in and around the Leh airbase which provides unmatched strategic airlift capability across the full spectrum of combat.

India, China armies to be in Moscow parade

Meanwhile, Indian and Chinese soldiers will be face to face and taking part in Victory Day Parade on June 24 at Red Square in Moscow. On the occasion of the 75th anniversary of the victory in the Second World War, there will be a military parade in Moscow to honour the heroism and sacrifices made by the Russian and other friendly countries. India is sending a 75-member Tri-Service contingent to participate in the parade.  The marching contingent taking part in the Victory Day Parade is led by a major rank officer of the Sikh Light Infantry regiment.  The Regiment had fought with valour in the World War-II and has proud distinction of earning four Battle Honours and two Military Cross amongst other gallantry awards.