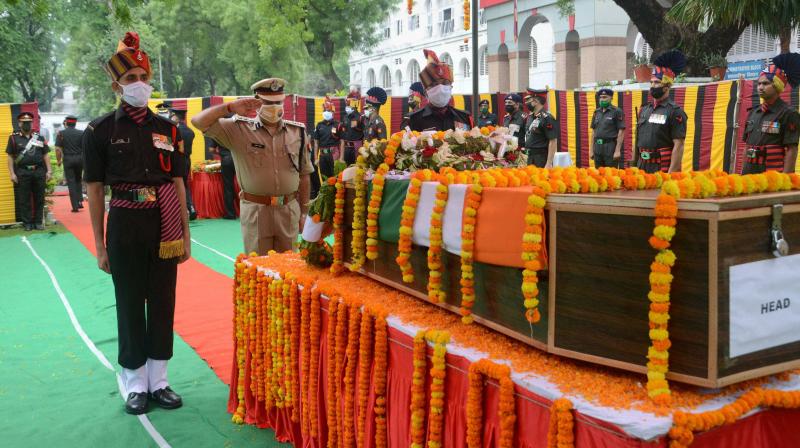 The Indian Army said on Thursday there are no Indian troops missing in action in the Ladakh sector’s Galwan Valley, where 20 Indian soldiers were killed in a violent clash with Chinese troops on Monday night.

"There are no Indian troops missing in action," the Army said, adding that there are also no Indian soldiers in the Chinese Army’s custody. Major general-rank officers of the two armies met Thursday at Patrolling Point 14 in Galwan, the site of the violent clash between the two armies.

Both China and India have brought a large number of troops and heavy weapons at the depth areas of the LAC.

Some 20 Indian soldiers, including 16 Bihar commanding officer Col. Santosh Babu, were killed and 76 others injured in the bloody clash with Chinese soldiers on Monday night.

The situation in Ladakh remains tense. The Indian Army is on high alert along the entire Line of Actual Control. There are reports that the Army has cleared some villages near the forward areas. Mobile connectivity in the villages near forward areas has been suspended.

The Chinese buildup is stronger near Pangong Tso than in Galwan and Hot Springs.

In Pangong Tso they have built permanent structures and bunkers and deployed a large number of troops.