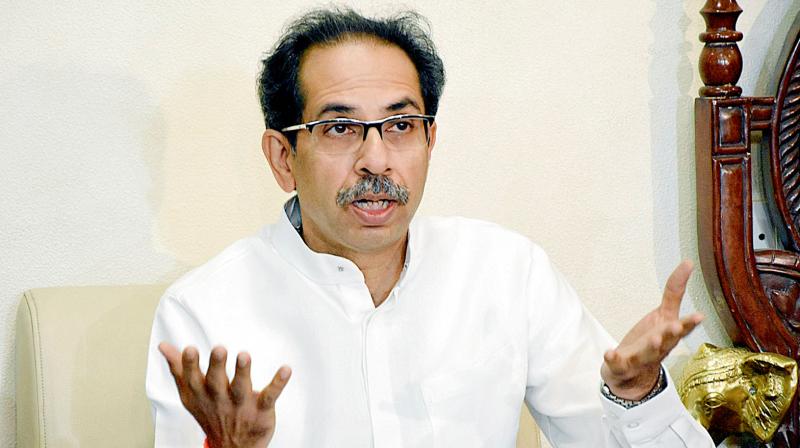 The Congress is unhappy that its leaders are not consulted while taking important decisions and insufficient development funds sanctioned to the constituencies of Congress MLAs. The party also wants four out of 12 legislative council seats on which the governor nominees will be appointed, while Sena has offered them only three.

However, after the meeting, Mr Thorat said that no constituent of Maha Vikas Aghadi is unhappy and that the government will complete its full term. He also refuted the  reports in the media that the Congress party had been ignored by the Shiv Sena and NCP.
The meeting was also attended by Shiv Sena Rajya Sabha members Sanjay Raut and Anil Desai.

Mr Thorat also said that there are some issues which had to be discussed in a one to one meetig with the CM. "A positive discussion has been held with the chief minister. All the issues would be resolved. We are satisfied with the meeting,” he said.

The Congress leader said that all issues they discussed with the CM were related to the people's welfare and administrations. "During Covid-19 pandemic, the poor people are facing hardships. How can they be helped out? We have briefed the CM about our proposal on how to help the poor people," he added.   However, he refused to elaborate on the administrative issues.

On the question of seats of legislative councils under the governor quota, the State Congress chief said that while forming the cabinet, it was decided that equal distribution of the legislative members of the Council will be done. "There are 12 seats, each constituent of MVA would get four seats.  Therefore, there is no need to have a discussion on it," he said.

It is pertinent to note that the Congress ministers are opposing state chief secretary Ajoy Mehta’s extension. Mr Mehta, whose second extension is ending on June 30, is not paying heed to the Congress ministers Ashok Chavan, Nitin Raut and Balasaheb Thorat. However, the Sena is in favour of giving him an important post in the chief minister’s office.

The Shiv Sena had on Tuesday called the Congress an "old creaking cot" following the Sonia Gandhi-led party grumbling about not having enough say in the ruling coalition. The editorial in the 'Saamana' had said that internal resentment was inevitable in an alliance of parties with different ideologies.