The Tripura royal argued that China has a huge interest in the North East region. 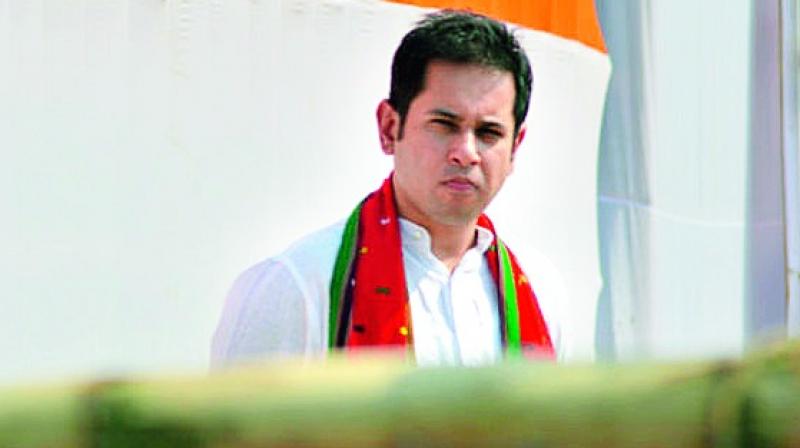 The long-standing allegation of mainland India apparently neglecting the interests of the North East region has once again come to the fore.

Amid the border standoff with China, Pradyot Manikya Debburman, the former Congress leader and head of the Tripura royal family, has taken to Twitter to complain about North East regional parties not being invited for the all-party meeting called by Prime Minister Narendra Modi on Friday.

China has a huge interest in the Northeast and sadly no regional party ( as it has less than 5 Mp) has been invited in the all party meet . These are small things which impact us on a day to day lives .Maybe Delhi knows better than us but do they ?

Arguing that China, which shares a long border with North Eastern states like Sikkim and Arunachal Pradesh, has a huge interest in the region, he tweeted: "China has a huge interest in the North East and sadly no regional party (as it has less than 5 MPs) has been invited in the all party meet . These are small things which impact us on a day to day lives. Maybe, Delhi knows better than us but do they?"

At least 20 political parties are likely to attend the all-party meeting, called by Modi to discuss the situation at the border areas with China, sources told ANI.

The reason for the exclusion of the North East parties from the meeting could be the criteria set by the Centre, as per which invitation has only been sent to political parties with five or more MPs in the parliament.

The meeting is scheduled to begin at 5 pm. Defence Minister Rajnath Singh had on Thursday personally invited all leaders on behalf of Modi, ANI added.

Meanwhile, the Rashtriya Janata Dal, the opposition party in the Bihar Assembly, has also not been invited for the meeting. Taking strong exception to the exclusion, RJD leader Tejashwi Yadav on Friday sought clarification from Rajnath over the party not being invited to the all-party meeting.

"Rashtriya Janata Dal is the largest party in Bihar and it has 5 MPs in the Parliament but we have not been invited to today's all-party meeting on India-China face-off. We want Rajnath Singh ji to clarify as to why RJD has not been invited," Yadav told ANI.