At least 12 deaths were reported in the district, taking the toll here to 552 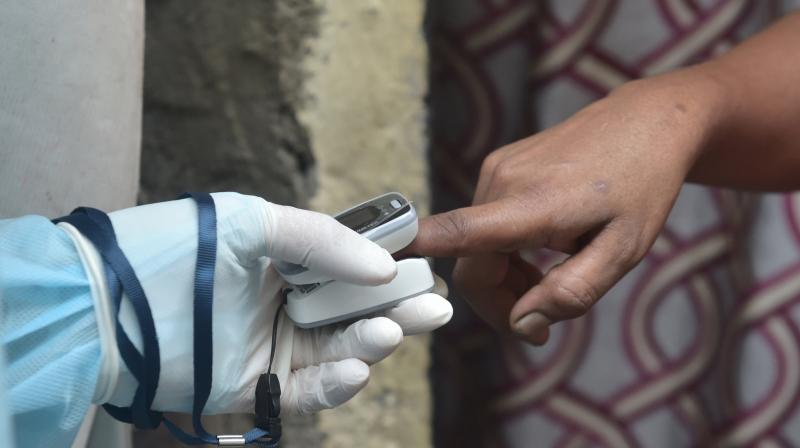 A volunteer carries out a test during a door-to-door health campaign. PTI photo

With the detection of 515 fresh cases of COVID-19 in the last 24 hours, the count in Maharashtra's Pune district has reached 13,750, a health official said on Friday.

Apart from this, at least 12 deaths were reported in the district, taking the toll here to 552, the official said.

Of the 515 new cases, 451 were detected in the Pune Municipal Corporation limits and 33 were recorded from Pimpri-Chinchwad, he said.

The number of positive cases in rural, civil hospital and Pune cantonment board area has risen to 1,206, he said.

As many as 193 patients were discharged from hospitals in the district following recovery in the last 24 hours, the official added.