The police said the 41-year-old complainant and Tilak met each other at an event in 2015 and later connected on a social media site. 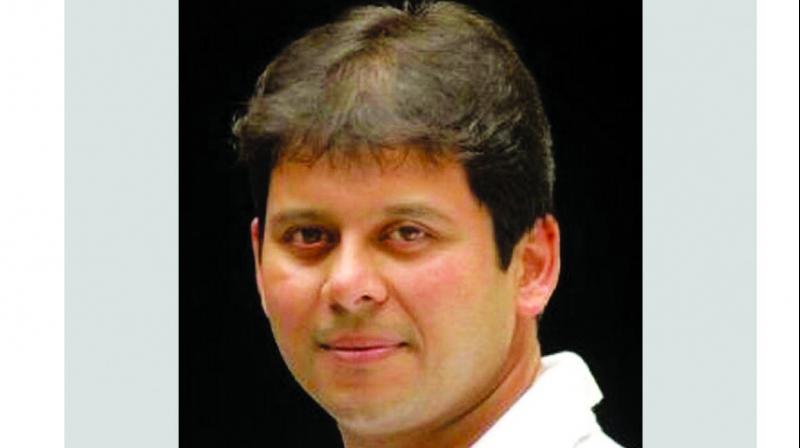 Tilak is the grandson of late Jayantrao Tilak who was a senior Congress leader and Member of Parliament. (Photo: File)

Pune: Police on Tuesday launched a probe after booking Congress leader Rohit Tilak, who is the great-grandson of Bal Gangadhar Tilak, for allegedly raping a woman and forcing her into "unnatural" sex, police said.

The case was registered at the Vishrambaug Police Station late Monday night.

Tilak is the grandson of late Jayantrao Tilak who was a senior Congress leader and Member of Parliament.

The police said the 41-year-old complainant and Tilak met each other at an event in 2015 and later connected on a social media site.

"The complainant alleged that Tilak repeatedly raped her on the pretext of marrying her on multiple occasions," said a police officer.

He said that the complainant claimed that she was not aware about his marital status when they met for the first time.

She alleged that she later became pregnant and he forced her to abort, said the police officer.

He added that in the complaint, the woman also stated that when she insisted on marriage, he allegedly abused and thrashed her, threatening her of dire consequences.

"So far no arrest has been made and we are investigating the case," said the officer.

The police have slapped charges of rape, unnatural offences, voluntarily causing hurt, insult with an intent to provoke breach of peace and criminal intimidation under the Indian Penal Code.

The complainant while speaking to media today claimed that she was under great pressure as she received "death threats" from Tilak's family.

In her complaint, the complainant, who is a lawyer, said that Tilak took Rs 10 lakh from her during their "relationship", the officer added.

Tilak had unsuccessfully contested the 2014 Maharashtra Assembly polls from the Kasba Peth seat in Pune against the BJP's Girish Bapat.