It is seen in the video that the duo walking in the corridor at the entry gate of the women prisoners barrack. 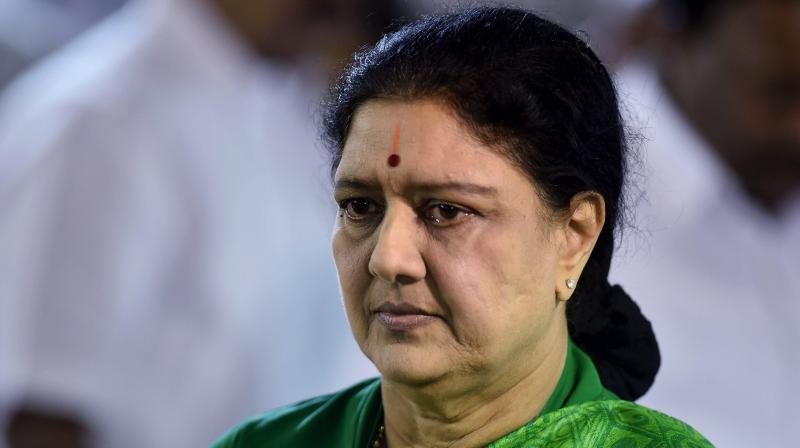 Bengaluru: A day after photos of AIADMK leader V.K. Sasikala’s cell in the Parappana Agrahara prison was released, a video clip revealing Sasikala and her relative Ilavarasi grossly violating the prison rules by not wearing convicts uniform and moving around in civil dress inside the barrack, was released on Tuesday.

It is seen in the video that the duo walking in the corridor at the entry gate of the women prisoners barrack. Sasikala is seen wearing a salwar and holing a bag while Ilavarasi is wearing a saree. Sources said that the visuals were captured in the CCTV installed to check the activities at the entry gate of the prisoners barrack. “It is taken when the Sasikala was leaving the barrack to meet someone...  There is a tendency in all convicts to wear civil dress whenever they are meeting someone,” a source said.

Its a matter of prestige for them as many feel ashamed if they wear the white uniform given to convicts. Thus, they prefer wearing civil dress when they are meeting visitors,” a source said.