On Tuesday, Swami Agnivesh was thrashed by workers of the ABVP and the Bharatiya Janata Yuva Morcha, the youth wing of BJP. 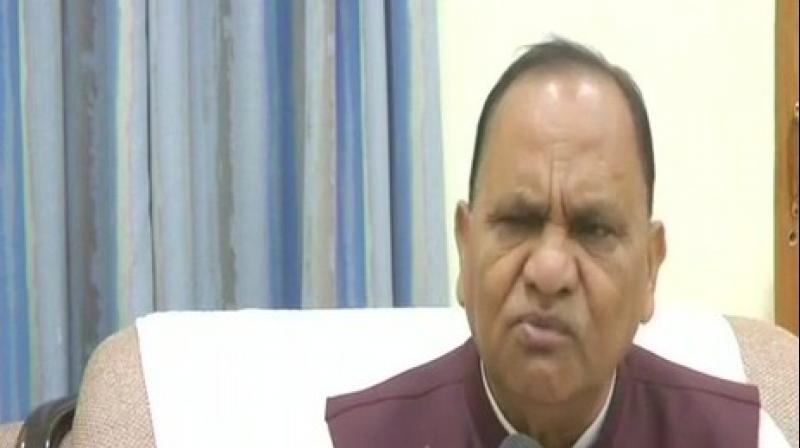 Jharkhand Urban Development Minister CP Singh said, 'I think he sponsored an attack on himself. He is a huge hypocrite. He talks against Hindus, makes anti-national comments, supports Kashmiri separatists and naxals.' (Photo: ANI)

He said, "I think he sponsored an attack on himself. He is a huge hypocrite. He talks against Hindus, makes anti-national comments, supports Kashmiri separatists and naxals."

Agnivesh, who was in Jharkhand's Pakur to attend an event, was in his hotel when a mob of the ABVP and Yuva Morcha workers surrounded him.

Earlier in the day, Agnivesh had said he could have been murdered in the "planned" attack.

Agnivesh further demanded an inquiry by a retired or sitting judge of the Ranchi High Court in the matter.

The spiritual leader lodged a complaint with the Ranchi police, stating that a group of people allegedly belonging to the RSS, and Bharatiya Janata Yuva Morcha (BJYM) entered the premises and assaulted him.

Soon after the incident, the state government headed by Raghubar Das provided security to Agnivesh.