Bill to protect rights of transgenders introduced in Lok Sabha

Going by the bill, a person would have the right to choose to be identified as man, woman or transgender, irrespective of sex reassignment. 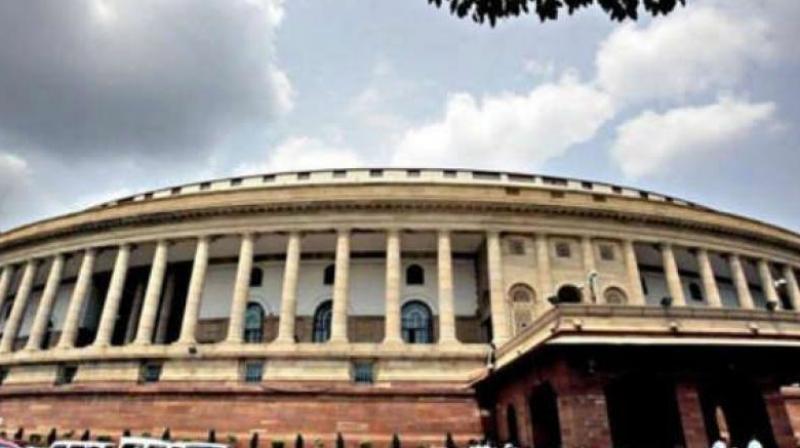 New Delhi: A bill which provides a mechanism for social, economic and educational empowerment of transgenders by defining their identity and rights to prohibit discrimination against them was introduced in Lok Sabha on Friday.

The Transgender Persons (Protection of Rights) Bill, 2019, introduced by Social Justice and Empowerment Minister Thaawarchand Gehlot, provides a mechanism for their social, economic and educational empowerment.

Shashi Tharoor (Cong) apparently wanted to oppose the introduction of the bill but he could not speak as members from his party were protesting over the issue of political crisis in Karnataka. The Congress then walked out of proceedings.

The draft bill without any new amendments was approved by the Cabinet on Wednesday, sources in the ministry said. A contentious provision that criminalised begging by transgender people has been removed from the bill.

The provision was part of the bill when it was introduced by the previous government. The bill had lapsed.

According to the bill, a transgender is a person whose gender does not match with the gender assigned to that person at birth and includes trans-man or trans-woman (whether or not such person has undergone Sex Reassignment Surgery or hormone therapy or laser therapy or such other therapy), person with intersex variations, gender-queer and person having such socio-cultural identities as kinner, hijra, aravani and jogta.

Going by the bill, a person would have the right to choose to be identified as a man, woman or transgender, irrespective of sex reassignment surgery and hormonal therapy.

It also requires transgender persons to go through a district magistrate and district screening committee to get certified as a transperson.