Karandlaje had expressed her confidence that BJP will soon form the government in Karnataka after winning the floor test in the Assembly. 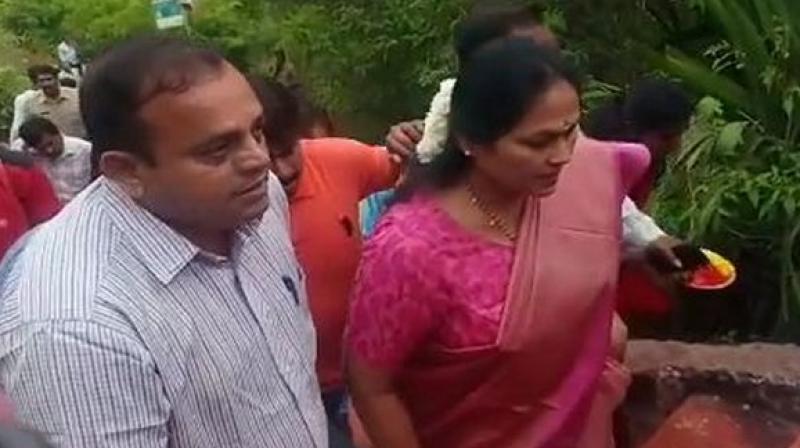 Mysuru: Amid the ongoing power tussle in Karnataka, Member of Parliament, Shobha Karandlaje climbed 1,008 steps at Chamundi hills on Friday morning to offer prayers for BS Yeddyurappa to become the next Chief Minister of Karnataka.

Earlier this week, Karandlaje had expressed her confidence that BJP will soon form the government in Karnataka after winning the floor test in the Assembly.

The political scuffle between the government and the opposition continued after the Bharatiya Janata Party on Thursday staged an unprecedented overnight 'dharna' in Vidhan Soudha. The protest followed after the assembly was adjourned without a trial of strength.

The 14-month-old Congress-JD(S) government had earlier this month slumped into a minority following the resignation of the dissident MLAs. Sixteen MLAs from the ruling coalition including thirteen Congress and three JD(S) MLAs have resigned.

If the dissident MLAs, who are in Mumbai, are counted out, the BJP appears to have the support of 105 MLAs in the 225-member state Assembly including one nominated MLA. The halfway mark is 113.