The members said that the bill has many gaps and was not in conformity with Paris principles. 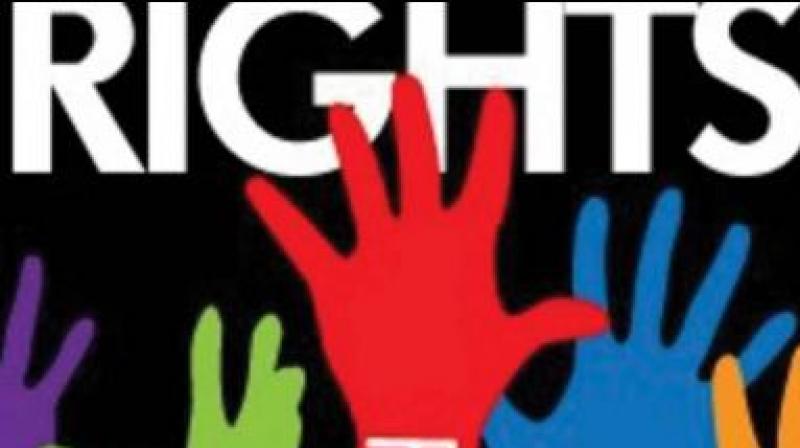 The Paris Principles are a set of international standards which frame and guide the work of the national human rights institutions. (Photo: Representational I File)

New Delhi: Members of opposition parties Friday opposed introduction of the Protection of Human Rights (Amendment) Bill, 2019 in the present form, saying it has many gaps and was not in conformity with the Paris principles.

Initiating a debate on the Bill, Shashi Tharoor (Cong) said there are several gaps in the bill and it fails to address the autonomy issue of the body.

Besides, the Bill seeks to reduce the tenure of the chairman from existing 5 years to 3 years, he said, adding, the curtailment of tenure will bring inconsistency in its
functioning.

He said this Bill is piecemeal and cosmetic and does not address various gaps and added that it was not in conformity with Paris principles.

The Paris Principles are a set of international standards which frame and guide the work of the national human rights institutions.

As on date the country is facing various human rights violations, he said, adding, many people of Assam have been denied Indian citizenship as they fail to prove their date of birth.

As many as 57 people have committed suicide after being refused citizenship of India because he or she could not prove the date of birth, he said.

It is ironic that voices of human rights activists like Indira Jaising and Anand Grover are being "stifled", he said, adding, environment activist is being deplaned while wilful defaulters are allowed to flee the country.

Kanimozhi (DMK) also opposed the legislation and demanded that the bill be withdrawn.

Bring something which really takes cares about human rights, she said.

The Bill undermines the autonomy of the organisation and it will not be able to do justice with its work, she said.

Citing an example, she said the reappointment clause will make chairman and members toe the government line so that they get another term.

On Satyapal Singh's (BJP) statement that human beings are descendants of 'rishis', Kanimozhi said, "We are homo sapiens and the House should uphold scientific temperament".

He said opening the post of Chairman to judges other than the Chief Justice of India will reduce gravitas of the post.

The reduction of tenure of NHRC chairman will not strengthen the body, he added.