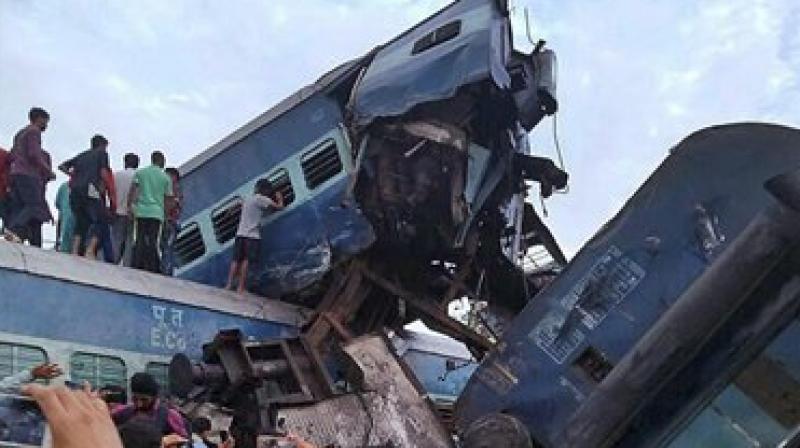 Muzaffarnagar (UP): Uttar Pradesh Police on Saturday confirmed that 23 people were killed and 70 injured after 14 coaches of Puri-Haridwar-Kalinga Utkal Express derailed at Khatauli in Muzaffarnagar, Uttar Pradesh.

"14 coaches got derailed. At this stage nothing can be said about the cause of accident," Railways spokesperson Anil Saxena said.

"ATS has been sent there as precautionary measure, no confirmation of terrorism angle," Anand Kumar said.

NDRF teams have been mobilized for rescue operation at Khatauli railway station. The incident took place in Khautali in Muzaffarnagar, barely 100 kilometres from the national capital, New Delhi.

"The incident took place at 5:50 pm today, 5 coaches of the train have derailed, there could be injuries in this," Railway official Anil Saxena told ANI.

District officials are conducting rescue operation on war footing. The number of casualties is yet to be ascertained.

Railway Minister tweeted, "Medical vans rushed to the site. All efforts being taken to ensure speedy relief and rescue operations."

Medical vans have been rushed to the site.All efforts being taken to ensure speedy relief and rescue operations

He also said that an inquiry has been ordered to ascertain the cause of the accident and promised strict action against any lapse.

Railway Minister Suresh Prabhu said the Minister of State (MoS) for Railways, Manoj Sinha will be visiting the site with seniors officers.

He said the District Magistrate of Muzaffarnagar will reach the train derailment site shortly.

He said, "Directions issued for all possible assistance."

Prime Minister Narendra Modi also condemned the incident and expressed grief over the loss of lives.

Extremely pained by the derailment of the Utkal Express in Muzaffarnagar. My thoughts are with the families of the deceased: PM

Sad at train derailment in UP; my thoughts are with deceased & their families. Injured are being rescued & provided relief #PresidentKovind

Two NDRF headquarter teams, comprising of 45 personnel each, and 2 canines have been rushed to the Muzaffarnagar accident site from their base in Ghaziabad. 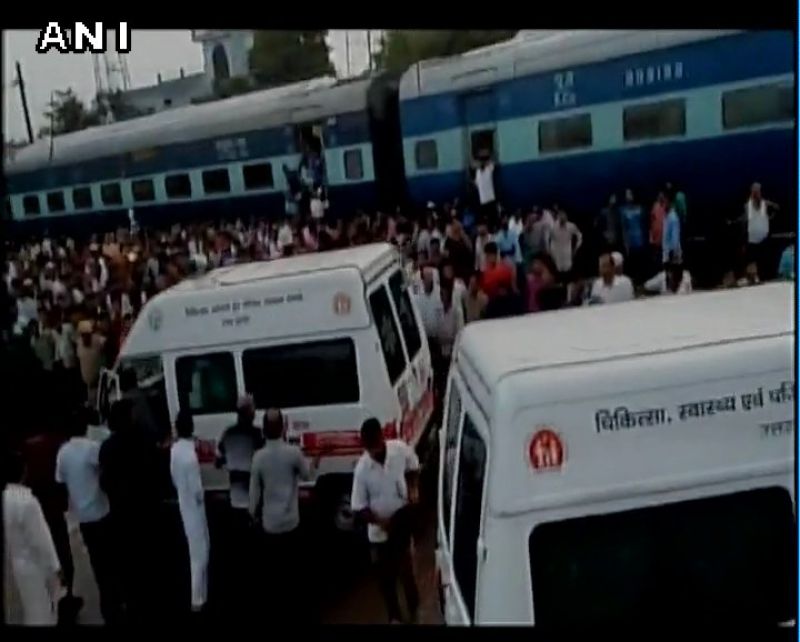 NDRF has tweeted about sending personnel at the site.

Railway Minister Suresh Prabhu announced ex-gratia of Rs 3.5 Lakh for those who lost their lives, Rs 50,000 for the seriously injured and Rs 25,000 for people with minor injuries.