According to media reports, the assistant professor had shared a post on Facebook questioning Vajpayee’s political ideology. 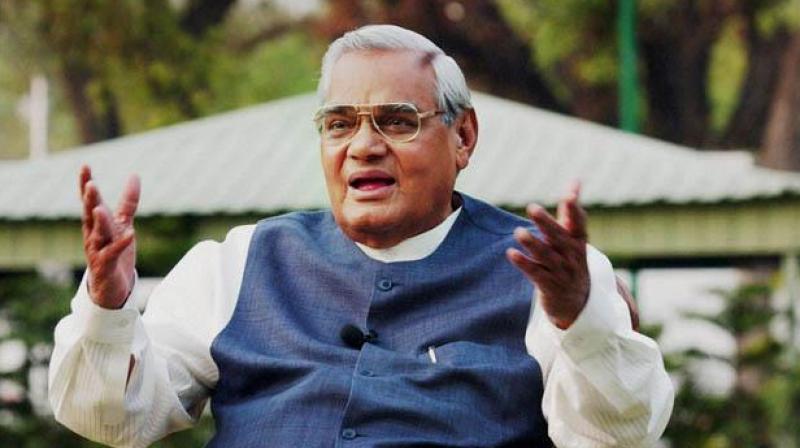 Motihari (Bihar): An assistant professor of Mahatma Gandhi Central University was allegedly beaten up by a group of youths for sharing a Facebook post critical of former Prime Minister Atal Bihari Vajpayee, who died in New Delhi on Thursday.

The police, however, said a link between the social media post and the assault has not been established yet.

Regional news channels aired a video clip purportedly showing a group of youth dragging Sanjay Kumar out of his Azad Nagar residence in Motihari town, stripping and thrashing him.

An FIR has been registered at the Town police station in connection with the incident. The assistant professor was admitted to the Motihari Sadar hospital, from where he was referred to the Patna Medical College and Hospital.

According to media reports, the assistant professor had shared a post on Facebook questioning Vajpayee’s political ideology.

Superintendent of Police, East Champaran, Upendra Kumar Sharma said, Kumar in a complaint mentioned about a social media post which has since been reportedly deleted.

The assistant professor claimed that the post was opposed on the social media site, but he does not suspect the attack to be the fallout of that, the SP said.

He expressed apprehension that “campus rivalry” could be the reason behind the attack, as he had been “speaking against a number of influential faculty members and the university administration”. A thorough investigation would clear the picture. At present, we are trying to identify the attackers and arrest them, Sharma said.

Criticising the incident, leader of the Opposition in the Bihar Assembly, Tejashwi Yadav, tweeted , “What is this going on Mr CM? RSS goons in direct patronage of RSS programmed VC assaulted and almost lynched a Professor, they poured patrol to burn him alive. Nitish ji, why don’t you open an RSS shakha and be the ‘sarsanghchalak’ of it.”

Kumar, who heads the Janta Dal (United), had quit the Grand Alliance, which included the RJD and the Congress, and returned to the BJP-led NDA last year, following allegations of corruption against Yadav who was his deputy.

The RJD has since been attacking Kumar over his alleged inability to restrain the BJP-RSS combine from furthering its Hindutva ideology in the state.