'Man attacked couple with a sickle and they suffered bleeding injuries. They have been admitted to private hospital,' official said. 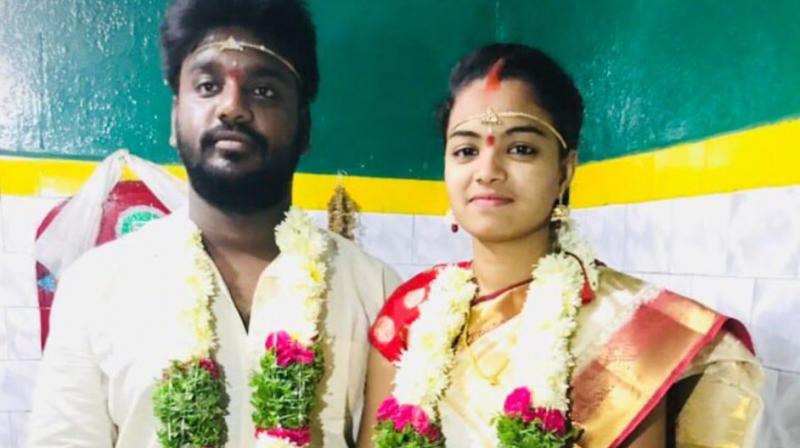 Hyderabad: A newly wed couple was injured in an attack here Wednesday, allegedly by the woman's father opposed to their marriage, days after the 'honour killing' of a Dalit Christian man in Nalgonda district.

"The man attacked the couple with a sickle and they suffered bleeding injuries. They have been admitted to a private hospital," a senior police official told PTI.

The assailant fled the scene, he said.

Footage of the incident, captured on a CCTV from a nearby building, showed the man attacking the couple from behind with a sickle as they were sitting on a two wheeler.

Preliminary investigation showed that the reason for the attack was the man's opposition to the marriage, he said.

Some local residents, who found the couple lying bleeding on the road and got them shifted to a private hospital, the official said.

Some of them said the couple had got married a week ago. It was an inter-caste marriage, which her father was opposed to, they said.

"Sandeep was called by her father-in-law to a location in Erragadda here on the pretext of buying them some garments and the couple reached there... but he suddenly attacked them," one of Sandeep's friends told the media.

Last week, a Dalit Christian man was killed at Miryalguda in Nalgonda district in a case of alleged honour killing.

Seven persons, including his father-in-law, who was opposed to the marriage, have been arrested.