Samajwadi leader also termed Shivpal Yadav, who recently floated his own outfit Samajwadi Secular Morcha, as 'B team' of BJP. 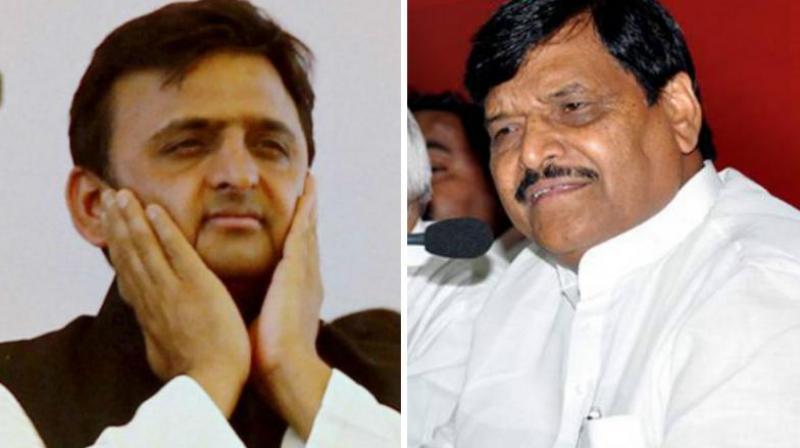 The former UP minister also termed Shivpal Yadav, who recently floated his own outfit Samajwadi Secular Morcha, as "B team" of the BJP.

"When Akhilesh ji came to know about Shivpal's corruption, he snatched his creamy departments," he said.

Pandey demanded that Shivpal Yadav disclose details of his properties and business investments.

He said, "Shivpal was working for the BJP since long, till now he was doing hidden work for the BJP, now he is openly with them."

Pandey said, "Shivpal was in charge of more than a dozen creamy departments in Akhilesh government, and he continuously damaged the prestige of Akhilesh Yadav by his bad works."

"He used to clear files of development projects ordered by Akhilesh Yadav only after he got his huge commission," he said.

When asked why Shivpal Yadav continued as a minister for more than four years if he was allegedly involved in high-level corruption, Pandey said, "When Akhilesh Yadav came to know about his corruption he sacked him."