She said she will not have time to meet the finance minister but will meet the home minister. 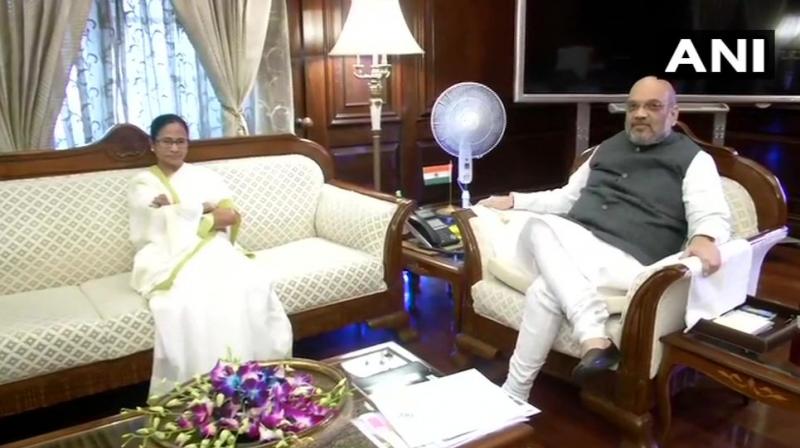 She described it as a "government to government" meeting and said the discussion was mostly on development issues of the state. (Photo: File)

The West Bengal chief minister, who is on a three-day visit to the national capital, met Prime Minister Narendra Modi on Wednesday. She described it as a "government to government" meeting and said the discussion was mostly on development issues of the state.

Banerjee also told reporters said that she had sought time from Shah, insisting that it was part of her routine exercise as chief minister to meet the union finance and home ministers during her trips to Delhi.

West Bengal BJP chief Dilip Ghosh told reporters in Bengal on Wednesday that he was happy that Banerjee's "good sense" had prevailed that she met the prime minister.

"But I think it's too late. Her attempts to save herself and her party from CBI will not yield any results," he said.

Several TMC leaders and former Kolkata police chief Rajeev Kumar have come under the CBI scanner in connection with a ponzi scam related to the Saradha group.

The Saradha group of companies allegedly duped lakhs of people of Rs 2,500 crore, promising higher rates of return on their investments. Assembly polls in Bengal are due in April-May 2021.