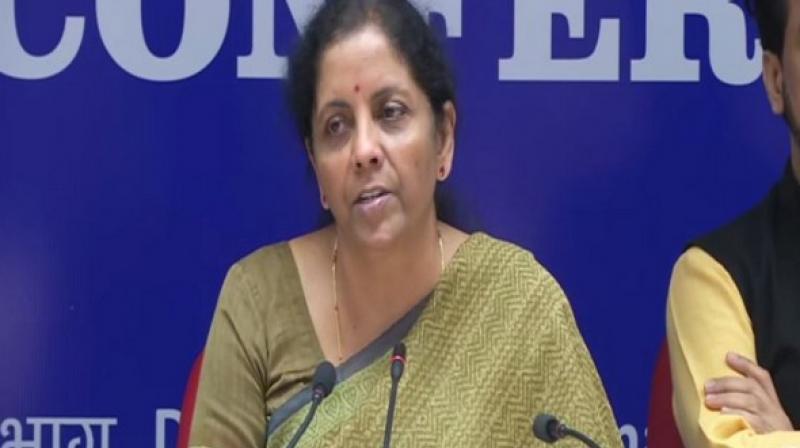 ‘The banks will also be attempting to encourage its customers who want credit to be extended to them,’ Sitharaman said. (Photo: ANI)

New Delhi: Union Finance Minister Nirmala Sitharaman on Thursday said that public sector banks will hold meetings with representatives of Non-Banking Financial Companies (NBFCs) and prospective clients in 400 districts across the country to ensure that more liquidity is available on the ground to those who seek it.

"We have decided that in 200 districts of the country between today and September 29 there will be a gathering of banks with the NBFCs with which they have tied up and retail customers of the bank all coming together," Sitharaman said at a press conference here after a meeting to review performance of banks.

The Finance Minister added that Minister of State (MoS) Finance and Corporate Affairs Anurag Thakur will look at the details of implementation and involve ministers and local MPs.

"The banks will also be attempting to encourage its customers who want credit to be extended to them," Sitharaman said.

She also commended the banks for going ahead with the suggestions by the Centre by saying, "the banks have gone ahead with planning and identifying such NBFCs to whom we can lend straightaway, some have received it in the past too while the others are in the pipeline."