India   All India  19 Sep 2019  Chidambaram complains to court of 'back pain'; says pillow, chair removed from jail
India, All India

Chidambaram complains to court of 'back pain'; says pillow, chair removed from jail

The government said it was a 'small issue' and there had been no chair in the cell in the first place. 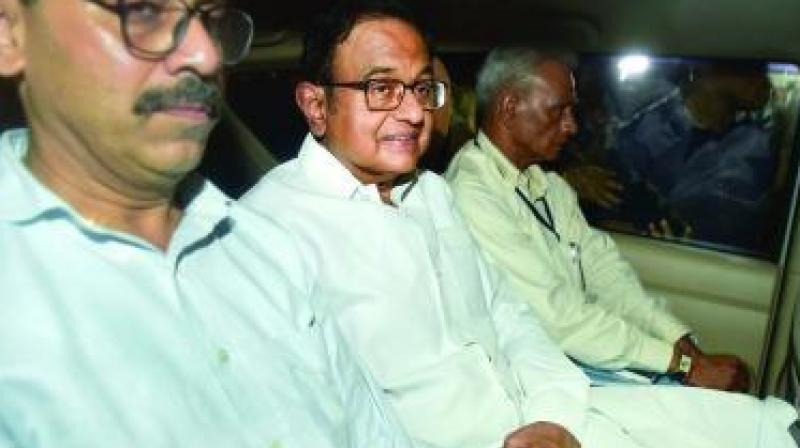 New Delhi: Former union minister P Chidambaram told a Delhi Court today that he has developed back pain as there is neither a chair nor a pillow at the Tihar prison, where he has been jailed since September 5.

The 74-year-old had "developed back pain" because of that, his lawyers said, petitioning for his medical examination even as the court extended his custody till October 3.

"There were chairs outside the room, I used to sit there during the day, now that too has been withdrawn. Because I was using it, they have taken it away, now even the warden is without a chair," Chidambaram said, interjecting after his lawyers Kapil Sibal and Abhishek Manu Singhvi made a case for his release.

"He had a chair till three days ago. Now there are no chair and pillow," said Singhvi.

The government said it was a "small issue" and there had been no chair in the cell in the first place, NDTV reported.

"It's a small issue. No need to sensationalise it. It's a petty issue. There was no chair in his room from beginning," said the government's lawyer Tushar Mehta, Solicitor General.

Chidambaram's legal team protested after the judge set October 3 as the next date of hearing. "Custody cannot be mechanically extended. What's the ground for extension," questioned Mr Sibal.

Singhvi referred to various judgments where the court had said custody should be extended not mechanically but on valid grounds.

"Chidambaram has already completed 14 days of police remand and 14 days of judicial remand. What's the reason for extension," he asked.

Sibal said if at all the Congress leader's custody was being extended, it should be for a shorter period. He also urged a medical examination at AIIMS or RML hospital.

The Chidambarams were named by INX co-founders Peter and Indrani Mukerjea, who are in jail in Mumbai in connection with the murder of Indrani's daughter Sheena Bora.

Chidambaram, who celebrated his 74th birthday on Monday, "is in good health", PTI reported.

The former union minister has kept his Twitter timeline active from jail, targeting the government on various subjects including the detention recently of veteran Jammu and Kashmir politician Farooq Abdullah under a stringent law.