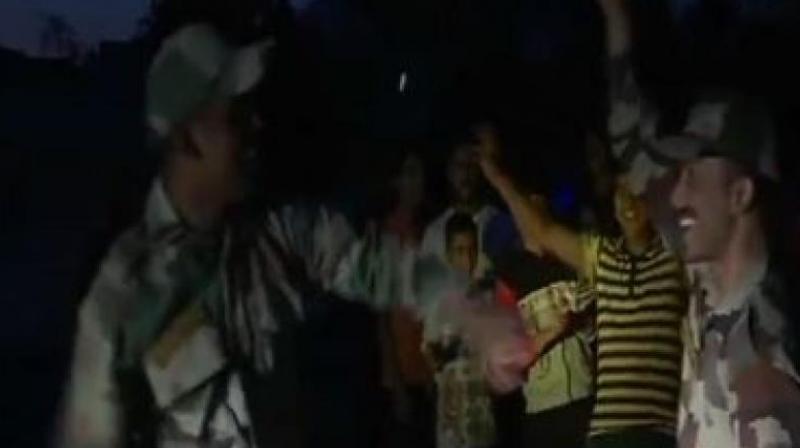 Locals, including children, join soldiers to make Diwali celebrations a memorable one. (Screengrab)

Srinagar: Jawans of the Army lit up border in Poonch sector of Jammu and Kashmir to celebrate festival of lights, Diwali, on Thursday.

Poonch has been witnessing a spike in ceasefire violations, but this did not dampen the spirit of the jawans to celebrate the festival who lit earthen lamps on the Line of Control (LoC) to mark the auspicious day.

"Countrymen should celebrate Diwali with utmost joy. We are deployed here and are ready to reply to the enemy," a soldier said.

Diwali, which is celebrated with great fervour and gaiety across India, marks the return Lord Ram, the King of Ayodhya in northern India, after his victory over demon king Ravana in distant Lanka, as well as the culmination of his 14-year-long exile. Lord Ram is widely regarded as the reincarnation of Lord Vishnu.

On Diwali, people illuminate their houses with coloured lights and earthen lamps.