After dismissing the bail plea of Ashish, the court sent him to judicial custody till October 22. 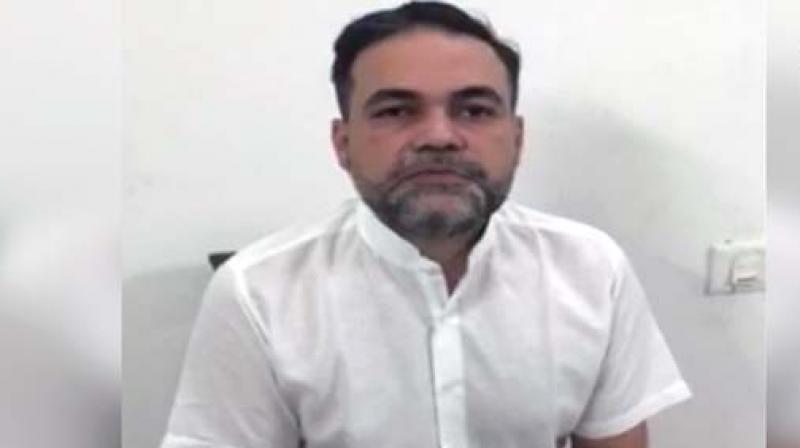 Ashish was formally arrested by the Delhi police following his surrender before Patiala House Court on Thursday. (Photo: ANI)

On Thursday, the court had sent Ashish to one-day police remand.

After hearing the arguments, the court said that the arrogance and high handedness of Ashish can clearly be made out from the contents of the FIR. After dismissing the bail plea of Ashish, the court sent him to judicial custody till October 22.

Ashish was formally arrested by the Delhi police following his surrender before Patiala House Court on Thursday. The police had sought for a four-day custodial remand for him.

The Delhi police on Friday produced him before the Duty magistrate Sumit Anand and sought a remand of two more days to determine if there were any financial transactions that took place between Ashish and the three women who accompanied him in the car.

The police said they need to find out who all Ashish met and helped him during the period when he was absconding.

Counsel for Ashish said that the incident happened at the spur of the moment and he is entitled to keep a weapon for the safety of the people around him and himself.

"Ashish Pandey only brought the weapon from the car because he felt threatened and for the safety of the women around him, and Ashish had enough self control not to use the weapon while he argued," the counsel added.

Counter arguing the remand application, Ashish's legal counsel had said that while his client is ready to cooperate and deposit the pistol, the hype created by the media owing to his father's political stature has become a cause of concern for him.

"This matter is politically motivated," Ashish's lawyer had earlier stated in the court.

Earlier on Thursday, Ashish had claimed that he did not brandish his gun in the premises of hotel Hyatt Regency and carried it for safety purposes.

Over 50 people, including Ashish's father, uncle and 12 employees of hotel Hyatt Regency were interrogated in the matter and search was underway in all known hideouts, offices and residences of Ashish, his family members and friends in Lucknow and in eastern Uttar Pradesh.