The project envisions a new Parliament House, a new accommodation for Prime Minister Modi and more 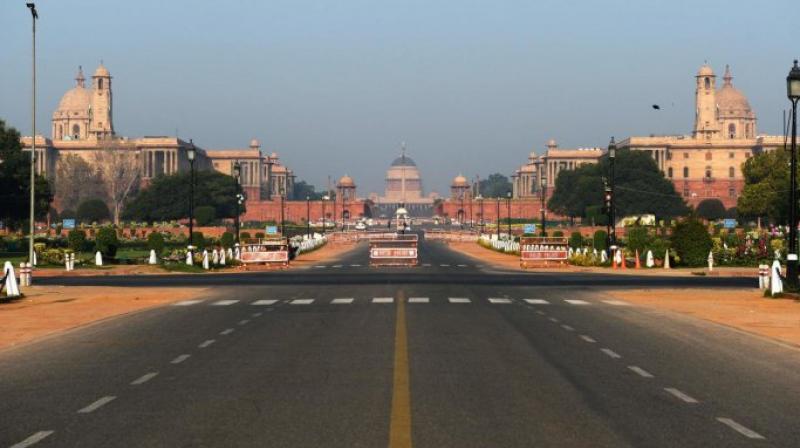 New Delhi: Raksha Bhavan, which houses the accommodation suites of officers attached with the prestigious National Defence College (NDC), as well as Transport Bhavan (office of the road transport & shipping and tourism ministries) and Shram Shakti Bhavan (which houses the labour, water resources and power ministries), are all set to be demolished under the controversial Central Vista project.

Transport Bhavan and Shram Shakti Bhavan will make way for chambers for MPs next to the proposed new Parliament building, while Raksha Bhavan will be replaced by the common Central Secretariat (CCS) buildings that will house the offices of all Central ministries, top sources aware of these development told this newspaper.

The much criticised Central Vista project -- which envisions the building of a new Parliament House, a new accommodation for the Prime Minister and offices of all Central ministries at the 3 km stretch between Rashtrapati Bhavan and India Gate -- entails shifting the entire staff of these ministries as well as officers’ suites of the NDC to the under construction Grameen Vikas Bhavan, which was earlier supposed to be the new address of the rural development ministry.

The entire cost of shifting the staff of the ministries as well as that of the NDC officers’ suites to the under-construction erstwhile Grameen Vikas Bhavan and its fresh construction will come to around Rs 350 crores, the sources added. They claimed that this cost woill be less than the cost of building the new office of the rural development ministry.

The proposal has been approved by the urban affairs and the defence ministries, the sources said.

The proposed Grameen Vikas Bhavan, which had been sanctioned by the rural development ministry in November 2018, as its new address, and whose construction had begun in July 2019, was abruptly stopped after it was decided in December 2019 by the Centre that all ministries will be accommodated in the CCS buildings under the Central Vista project.

At the time of halting its construction, the government had already spent around Rs 12 crores on Grameen Vikas Bhavan, sources privy to the details said.

Subsequently, according to highly-placed sources, it was decided that the under-construction Grameen Vikas Bhavan or the proposed GPOA building will now house the twin offices of all these five ministries as well as suites for the NDC officers.

Keeping security aspects in mind, the GPOA building will have separate entry and exit points for civilian and military establishments, and even the basement parking area will be partitioned by walls so that there is no intermingling of ministries’ staff with that of the NDC officers.

The Central Vista project has been shrouded in controversy ever since it was officially announced in September last year. It has faced allegations ranging from seeking hasty approvals, lack of transparency and absence of public consultation, and seeking the advice of experts as well as not taking the all-important approval of Parliament, and going ahead with it despite the fact that the coronavirus pandemic is raging in the country.