Edappadi Palaniswami on Saturday squarely blamed the ‘Mannargudi Family’ for the raids at a bungalow. 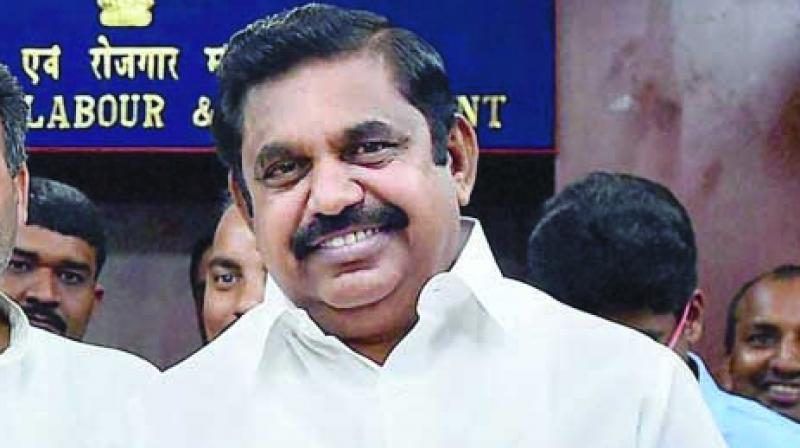 Madurai/Chennai: Declaring that the Income-Tax searches at the Poes Garden residence of late chief minister J Jayalalithaa has caused “great pain” to 1.5 crore cadre of the AIADMK, chief minister Edappadi K Palaniswami on Saturday squarely blamed the ‘Mannargudi Family’ for the raids at a bungalow which is revered as a “temple” by millions across Tamil Nadu.

A combative Palaniswami, who spoke to reporters at the Madurai Airport on Saturday evening, termed rebel leader TTV Dhinakaran as a “media creation” seeking to know his “sacrifices” for the AIADMK and punched holes in his statement that he became the Chief Minister only due to the efforts of the Sasikala family.

“Everyone knows who is responsible for these raids at Poes Garden. It is the duty of the Income-Tax to raid those who evade Income-Tax – be it businessmen or those related to the government. Only on that basis, the I-T sleuths had raided family members of Chinamma (Sasikala) and those related to them and now they searched Poes Garden after seeking permission of the courts”, Palaniswami told reporters, pinning the blame on Sasikala’s family. “The searches have been conducted at the residence where Amma stayed. Amma’s rooms were not searched. Only due to the mistakes committed by a few people, Amma’s residence has been raided and the very same people have brought disrepute to the AIADMK as well. All of you know who those people are”, he said, asserting that Tamil Nadu Government had doing to do with the raids.

Maintaining that the Income-Tax department was not under the control of the State government, the chief minister said the searches at Poes Garden have caused “great pain” to all 1.5 crore cadre of the AIADMK.  “We all considered and revered Poes Garden residence where Amma lived as a temple and today that temple has been searched. Only some people are responsible for this”, the chief minister said. Except for Lok Sabha Deputy Speaker M Thambidurai and Rajya Sabha MP V. Maitreyan who appeared to criticise the raids indirectly, the EPS-OPS camp spoke in one voice.