AAP leader HS Phoolka says his 'statement has been totally misunderstood'. It was against the Congress and not the Army Chief. 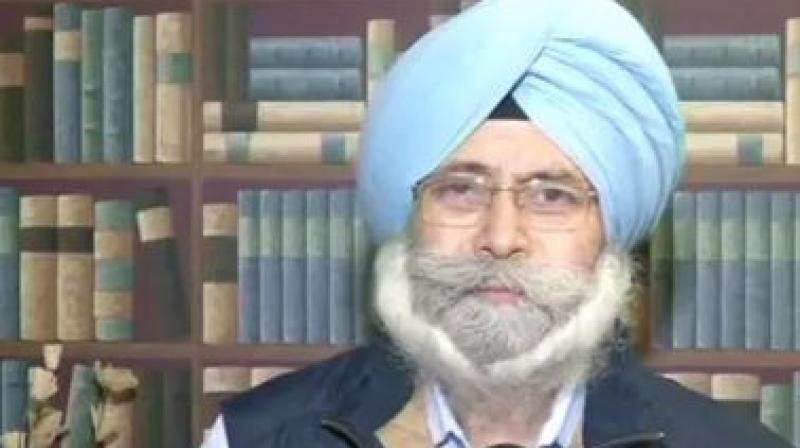 The AAP leader stirred the controversy with his statement following a blast on Sunday at the Nirankari Bhawan in Rajasansi village in Amritsar. (Photo: ANI)

"My statement has been totally misunderstood. Please see the full video, the whole statement was actually against the Congress, and not against the respected Army Chief. Still, it was an inadvertent comment and I regret it," Phoolka told news agency ANI.

On Sunday, Phoolka had said, "Army Chief came and made a statement. To prove his statement, he could have orchestrated the attack. This matter should be looked into. Did the government do it (attack)? Did the earlier government do it now? It is wrong to repeatedly say that Punjab's atmosphere is not good. We must get to the root of it. Government must get to the root of it. Those who made false statements about Maur blast, what action has been taken against them? Punjab is a sensitive state. One must not make statements without facts. One must not make accusations. Get to the root of it - who did it? "

Later Phoolka tweeted to clarify: "Please see whole video. An  inadvertent statement made standing on the road is being blown out of proportion. I have stated that history is evidence of that fact that governments in the past have caused violence to further their interest. Like in last year's Maur blast, no one should reach a conclusion without detailed impartial investigation. Even a moderate person like me who has always been against Khalistan thinks so. I regret statement that may have purported to be against the Army Chief."

The AAP leader stirred the controversy with his statement following a blast on Sunday at the Nirankari Bhawan in Rajasansi village in Amritsar.

Two assailants on bike threw grenades at the Nirankari Bhawan, where few hundred people had gathered for a religious congregation, killing three and injuring as many as 20 people.