The national capital on Wednesday recorded the lowest minimum temperature of the season so far at 9.6 degrees Celsius 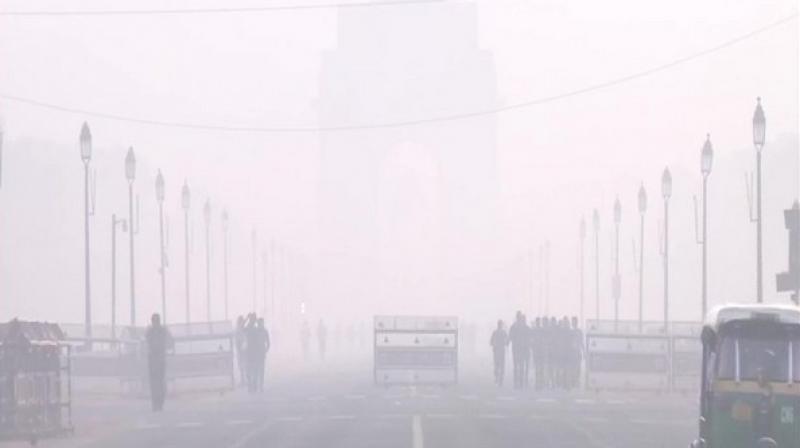 New Delhi: The air quality in the national capital continues to be in the 'very poor' category with the air quality index (AQI) clocking the value of 370 at 8 am on Friday, the Central Pollution Control Board (CPCB) data showed.

Though in the very poor category only, the figures were marginally better on Thursday with its 24-hour average air quality index standing at 347. Neighbouring Faridabad (352), Ghaziabad (356), Greater Noida (345), Gurugram (323) and Noida (356) also recorded their air quality in the 'very poor' category.

According to the concerned authorities, the air quality is likely to improve "significantly" from Sunday owing to relatively strong winds and reach "poor category".

To combat pollution, the Delhi government on Wednesday issued 10 directions, including a ban on the entry of trucks carrying non-essential items in the city and closure of schools and colleges till further orders.

The minimum temperature of the national capital was recorded at 10.9 degrees Celsius, one notch below the season's average, India Meteorological Department (IMD) said.

The national capital on Wednesday recorded the lowest minimum temperature of the season so far at 9.6 degrees Celsius.

While the maximum temperature is likely to settle at 26 degrees Celsius, the relative humidity recorded by the weather department at 8.30 am was 81 per cent.