This country has been built by farmers, it is a country of farmers, they are the real protectors of the country, Priyanka said 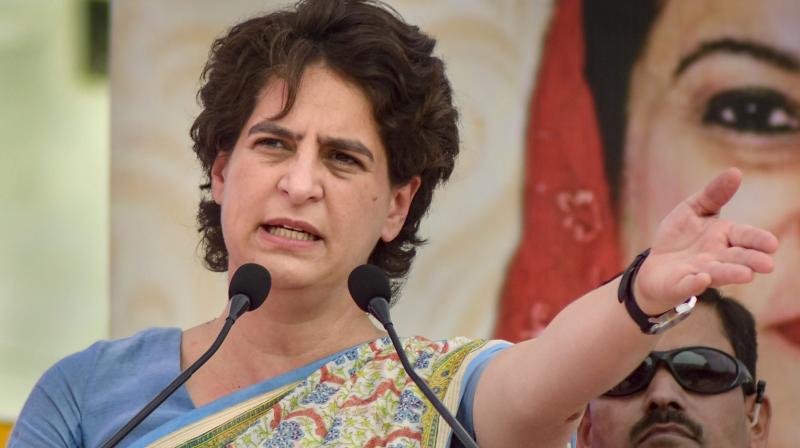 New Delhi: After Prime Minister Narendra Modi announced that the government has decided to repeal the three farm laws, Congress leader Priyanka Gandhi Vadra on Friday attacked him, saying that sensing defeat in the upcoming polls suddenly he has started realising the reality of the country that it has been built by farmers.

Her remarks came after Prime Minister Modi, in an address to the nation this morning, announced that the government has decided to repeal the three farm laws, which were at the centre of protests by farmers for the past year, and appealed to the protesting farmers to return home.

"Your party leaders insulted the farmers and called them terrorists, traitors, goons, miscreants, you yourself called them 'andolanjeevi', beat them with sticks, arrested them," the Congress general secretary in-charge Uttar Pradesh alleged.

"Now, sensing defeat in polls, you have suddenly started to realise the reality of this country -- this country has been built by farmers, it is a country of farmers, they are the real protectors of the country and no government can run the country by trampling upon the interests of the farmers," Priyanka Gandhi said in her tweet in Hindi.

"It's difficult to believe your intentions and your changing attitude," she said.

Many farmers had been protesting and were encamped at Delhi's borders since last year with a demand that the Farmers' Produce Trade and Commerce (Promotion and Facilitation) Act, 2020, Farmers' (Empowerment and Protection) Agreement on Price Assurance and Farm Services Act, 2020 and the Essential Commodities (Amendment) Act, 2020 be rolled back and a new law made to guarantee MSP for crops.

The Centre, which has held many rounds of formal dialogue with the farmers, had maintained that the new laws are pro-farmer, while protesters claimed they would be left at the mercy of corporations because of the legislations