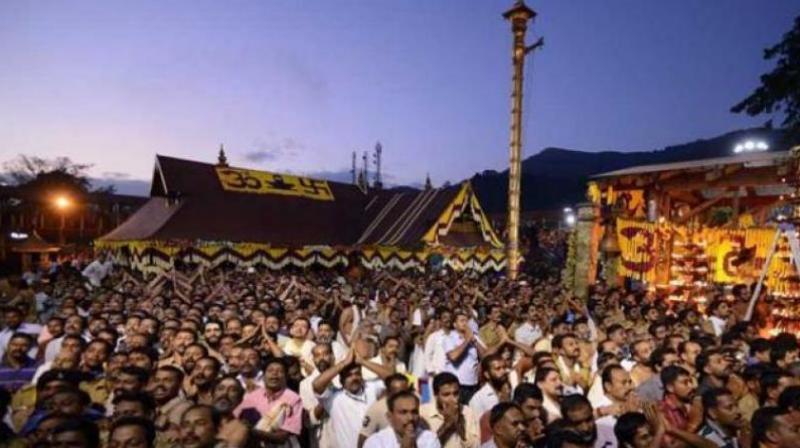 The hunger strike was launched by BJP on December 3 to protest against imposition of curfew under Section 144 of CrPC at Sabarimala. (Photo: PTI)

Trivandrum: BJP leader C K Padmanabhan, who had been observing indefinite hunger strike for the past 10 days outside the Secretariat in Kerala on the Sabarimala issue, was arrested and admitted to the hospital on Wednesday.

Padmanabhan sat on the hunger strike after BJP state general secretary A N Radhakrishnan was arrested and shifted to the hospital as his health got deteriorated while continuing the fast.

The hunger strike was launched by the BJP on December 3 to protest against the imposition of curfew under Section 144 of the Criminal Procedure Code (CrPC) at Sabarimala and surrounding areas. Section 144 prohibits assembly of more than four people in an area.

Around 69 people were arrested in November after they allegedly violated Section 144 imposed in the vicinity of the temple.

A string of protests was witnessed in the state after the September 28 Supreme Court's verdict allowing women of all age groups to enter the Lord Ayappa shrine.

Till today, no women in the 10-50 age group has succeeded in offering prayers at the shrine as various people have been protesting against the court's decision.