India   All India  19 Dec 2019  Ramachandra Guha detained for protesting against CAA in Bengaluru
India, All India

Ramachandra Guha detained for protesting against CAA in Bengaluru

Police said the protesters violated prohibitory orders clamped in the city against any protest or demonstration. 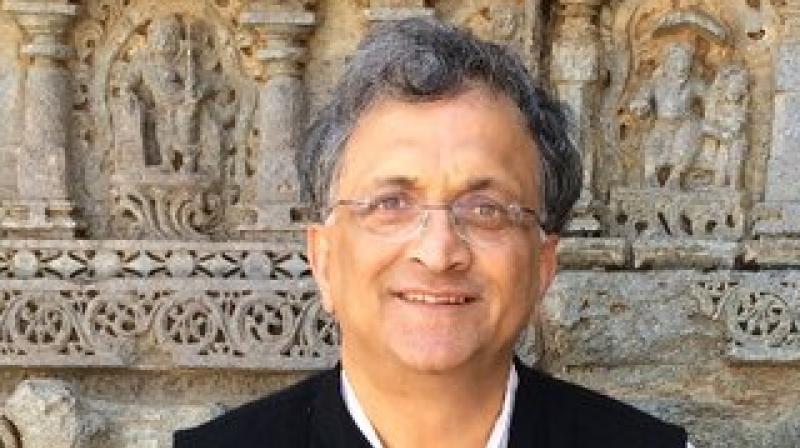 Reacting to his detention, Guha said it was "absolutely undemocratic" that police were not allowing even a peaceful protest, which is the democratic right of the citizens. (Photo: Twitter | ANI)

Bengaluru: Historian and thinker Ramachandra Guha had been arrested by the city police for turning up to protest against the controversial Citizenship Amendment Act (CAA).

Guha turned up near the Puttanna Chetty Townhall in the morning along with scores of youngsters who defied the prohibitory orders to protest against the CAA.

Guha was talking to national media and condemning the act of the central government when he was pulled away by the police and taken into the custody.

Guha, in his Twitter account wrote, "dear police Commissioner, your Government's decision has brought disgrace to this "international destination".

This was to be a peaceful protest by citizens who wish to uphold the values of our constitution. You have used a colonial-era law to suppress us and our voices".

Guha had taken up the cudgel against the police and the central government when they announced clampdown on protests in the Bengaluru. "This message that you can not have a peaceful gathering in Bengaluru, will come back to haunt those in Delhi who imposed it, this shows they are paranoid, insecure people", he maintained.

The protest was carried by group formed under the "Naavu Bharatiyaru campaign".

It was also called "Hum Bharath ke log". As many as volunteers from 30 organizations have poured into protest against CAA.

One of the protesters sitting in the bus after being detained explained that, on Dec 19 (Thursday) Muslims returned to Mewad in Haryana from Pakistan after a  call from Mahatma Gandhi.

On the same day, freedom fighters Ashwaq Ulla Khan and others went to gallows.

And on the same day now, the rights of the citizens are taken away.

The determined protestors called on social platforms to come out to protest by defying police orders. Though the police warned them, they did not care and further stated that protesters should come prepared to get arrested.

Large numbers of volunteers poured in near the Town Hall and police dragged, pulled the protesters including the young girls into the bus.