Gandhi made a series of tweets and said if people are pushed to the wall, they will rise up stronger. 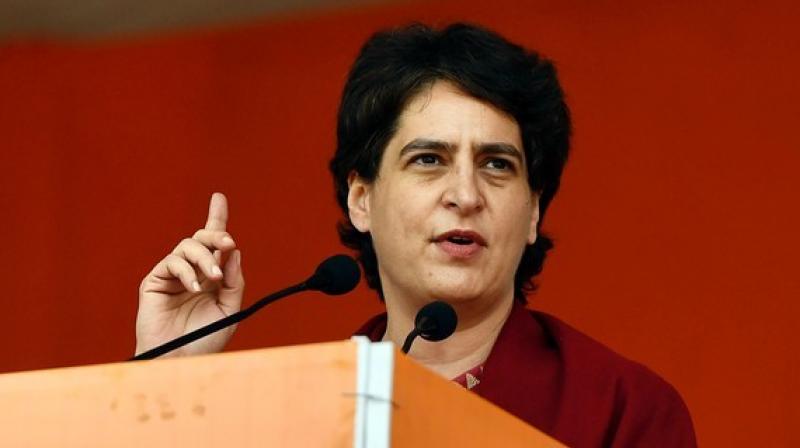 New Delhi: Congress general secretary Priyanka Gandhi Vadra on Thursday targeted the BJP-led government over restrictions on the metro and prohibitory orders in some parts of the city in the wake of protests against the Citizenship Amendment Act and said the voice of a people cannot be silenced by force.

Gandhi made a series of tweets and said if people are pushed to the wall, they will rise up stronger.

"Metro Station is closed. The Internet is closed. Section 144 is imposed everywhere. There is no place to raise your voice. Those who have today spent crores of rupees of tax payer's money on advertisements to make people understand, they are so baffled by people's voice that they are suppressing it. But, they should know this, the more the voice is suppressed, the louder it will be," Gandhi said in tweets in Hindi.

"The voice of a people cannot be silenced by force. Every time force is applied to dominate and rule, every time you beat and suppress, every time you push people to the wall, they will rise up stronger, their resolve will strengthen and their voice will grow louder... Our freedom movement was proof of this, our constitution is the guarantor of it and our people are the souls of it," she said later in tweets in English.

Gandhi's reaction came just hours after Section 144 was imposed in parts of north-east Delhi and Red Fort area to maintain law and order hours after a request by a Swaraj Abhiyan for a peaceful march from Red Fort area to Shaheed Park, ITO against the CAA was denied by the police for today.

Protests have been held in Delhi over CAA, which seeks to grant citizenship to Hindus, Sikhs, Jains, Parsis, Buddhists and Christians fleeing religious persecution from Pakistan, Afghanistan, and Bangladesh and came to India on or before December 31, 2014.