After SP snub, Ajit Singh's RLD to ally with JD(U) for UP polls

The decision comes against the backdrop of Ajit Singh-led RLD failing to curry favour with with either ruling Samajwadi Party or Congress. 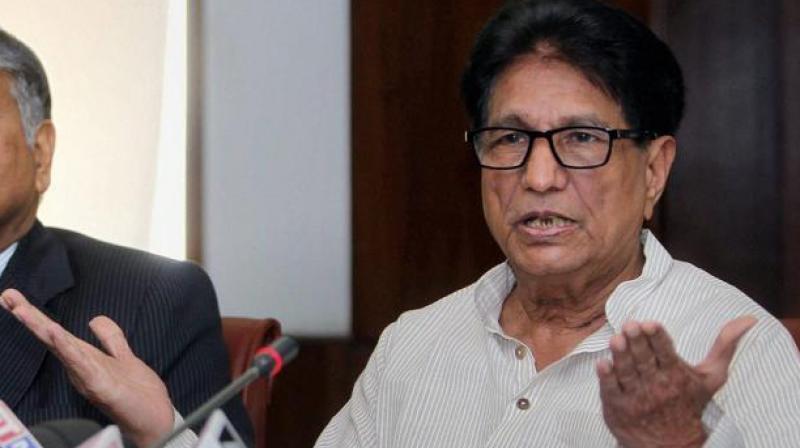 Lucknow: Spurned by Congress and Samajwadi Party (SP), the Rashtriya Lok Dal (RLD) on Friday decided to contest all the 403 Assembly seats in Uttar Pradesh in alliance with JD(U) and 10 smaller parties.

"We will contest all the 403 seats in alliance with JD(U) and 10 smaller parties," RLD state unit chief Masood Ahmad announced after a meeting with these parties.

"It was unanimously decided to contest all the seats," he said in a press release.

"We will field a candidate of that party which is strong in a particular seat," he said.

The decision comes against the backdrop of Ajit Singh-led RLD failing to curry favour with with either ruling Samajwadi Party or Congress.

While Samajwadi Party washed its hands off a possible tie-up with RLD, Congress appeared to be in disagreement on the number of seats to be earmarked for alliance.

Sources said RLD wanted more seats than what SP was ready to part with.

RLD was not prepared to accept anything short of 30 seats, dashing hopes of an alliance with Congress.