Sai was arrested for allegedly raping a Surat-based woman disciple of his father between 2002 and 2005. 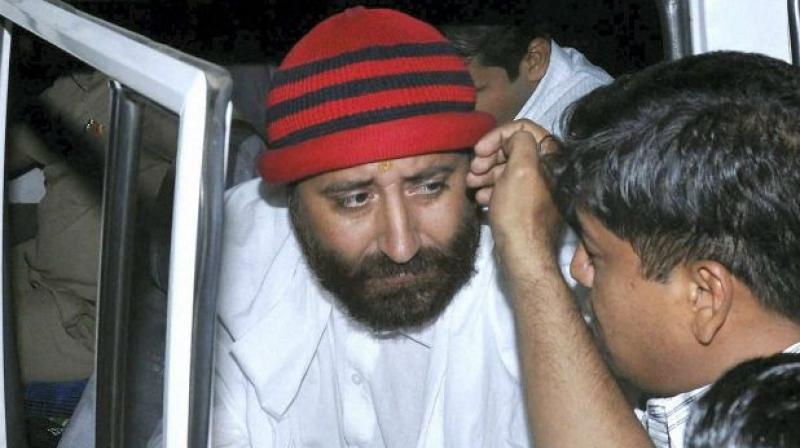 Sai moved an application before Additional Sessions Judge P S Gadhvi, stating he could contest on two seats--Sahibabad in Ghaziabad district and Shivpur in Varanasi.

Seeking the relief, he stated that Ojaswi Party, of which he is one of the founders, wants to field candidates in the elections and that he needs to be out of jail to oversee the preparations.

The court kept the matter for hearing on January 21. Sai was arrested for allegedly raping a Surat-based woman disciple of his father between 2002 and 2005.

The woman had accused Sai of repeated sexual assault when she was living at Asaram's ashram in Surat. Sai has been lodged at Lajpore Central Jail here since December 2013.

Asaram is also facing trial in rape cases and lodged in a jail in Jodhpur.