UK's House of Commons was likely to debate on J&K issue which was proposed by the Backbench Business Committee. 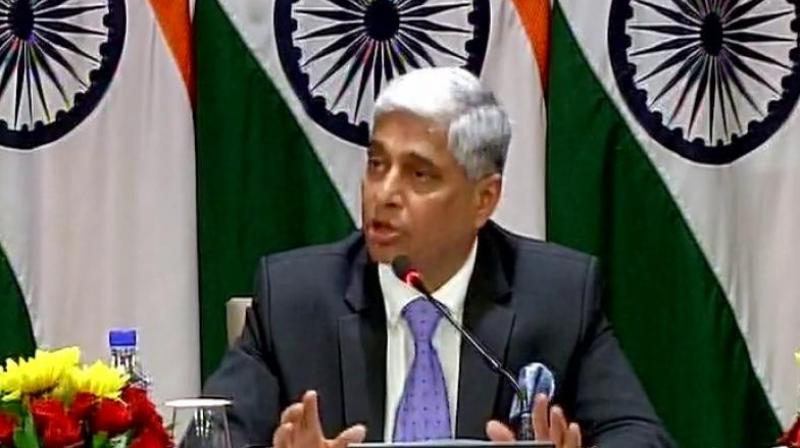 New Delhi: India on Thursday reacted strongly to the British Parliament debating the issue of Jammu and Kashmir, saying there is no room for a third party role in the matter. Noting that the government was aware of the development, external affairs ministry spokesperson Vikas Swarup said, “Our position on the issue of Jammu and Kashmir is very clear that all issues between India and Pakistan are to be resolved bilaterally and peacefully in accordance with Simla Agreement and Lahore Declaration. There is no room for third party.”

UK’s House of Commons debated on J&K issue which was proposed by the Backbench Business Committee following an application from British MP David Nuttall. During the debate, British MPs cautioned against “escalation” of violence in the region. “It is not Britain’s role to intervene in the internal politics of any sovereign nation. But we stand ready to help facilitate and alleviate the suffering of the innocent people of Ladakh, Jammu and Kashmir,” Conservative Party MP Bob Blackman — who has long campaigned for the rights of Kashmiri Pandits forced to flee the region — was quoted by news agencies as saying.