The HC also asked the police to bring the culprits to justice to instil public confidence. 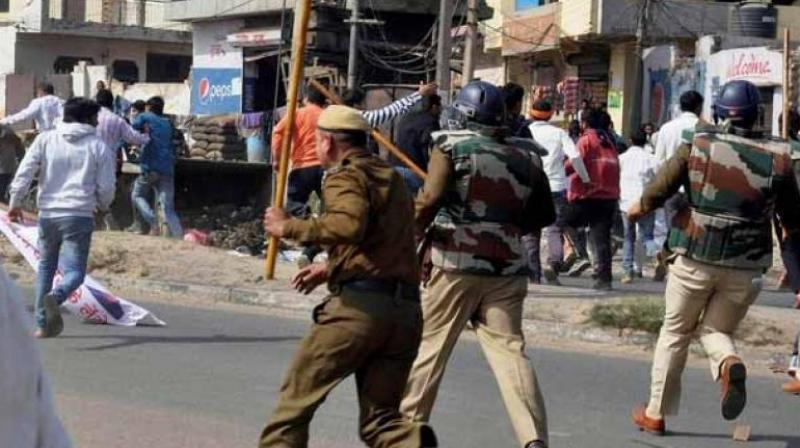 The report filed by the Haryana police denied the charges of molestation and gangrape during the intervening night of February 22/23 at Murthal in Sonipat district. (Photo: PTI)

Chandigarh: Rapping up the Haryana police for denying that any rapes took place at Murthal in Sonipat during the Jat agitation last year, the Punjab and Haryana High Court on Thursday said that there was enough evidence to prove that women were raped.

According to reports, the court cited the recovery of women’s underwear and witness accounts, and claimed that there was enough evidence to prove that rapes had indeed taken place during the Jat quota agitation that happened early last year.

The HC observation came after the amicus curiae  Anupam Gupta accused the Special Investigation Team appointed by the Haryana police of working for the defence, and 'working in lack of good faith'.

The police earlier dropped charges against five men held in the case citing that DNA samples did not match those that were recovered from the crime scene.

Directing the SIT to submit an affidavit before the trial court in Sonipat, saying that charges against the accused were not dropped and the investigation was still in process, the HC also asked the police to to bring the culprits to justice to instil public confidence.

The HC noted that two witnesses, including a taxi driver, had seen women being dragged out of their car into the fields. One of the witness statements read that "three-four boys dragged a girl from her hair and arm near a car ahead of his vehicle to bushes near Sukhdev Dhaba. She was screaming for help."

The High Court had taken suo motu note of the matter after a report in a local daily on the alleged rapes. The bench had appointed senior advocate Anupam Gupta as amicus curiae to assist the court in this matter.

Next hearing of the case is on February 28.