India   All India  20 Jan 2017  ‘Not before me’: HC judge recuses from hearing Teesta Setalvad's plea
India, All India

‘Not before me’: HC judge recuses from hearing Teesta Setalvad's plea

FIR was registered against Teesta in 2014 for uploading objectionable pictures of Hindu deities on a popular social networking site. 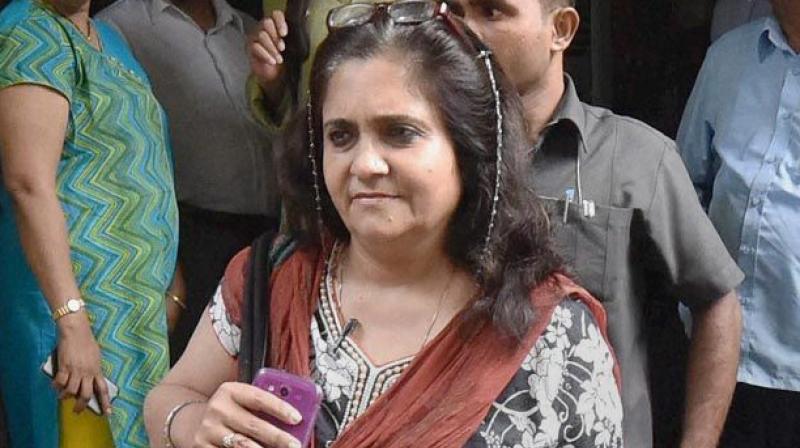 Ahmedabad: A Gujarat High Court judge on Thursday recused himself from hearing activist Teesta Setalvad's petition seeking quashing of an FIR registered against her by Ahmedabad police in 2014 for uploading "objectionable" pictures of Hindu deities on a popular social networking site.

Justice J B Pardiwala recused himself from hearing the plea filed by Setalvad in July 2015. "Not before me," he said when the matter came up for hearing before him.

The FIR had been registered against Setalvad in Ghatlodia police station in Ahmedabad in August 2014, based on a complaint by VHP activist Raju Patel, who alleged that she hurt religious sentiments by uploading "objectionable" pictures of Hindu deities on Twitter.

Setalvad has been charged with IPC sections 153(a) (promoting enmity between two religious groups) and section 205(a) (outraging religious feelings), besides sections of the IT Act.

Last September, the court had issued notices to the respondents- Gujarat government and Raju Patel, who had filed the complaint. However, the matter had not been heard since then.

In August 2015, Pardiwala had exempted Setalvad from appearing in person before Ghatlodia police station every month on her plea seeking exemption from the condition imposed on her by a lower court while granting her anticipatory bail in connection with the case.