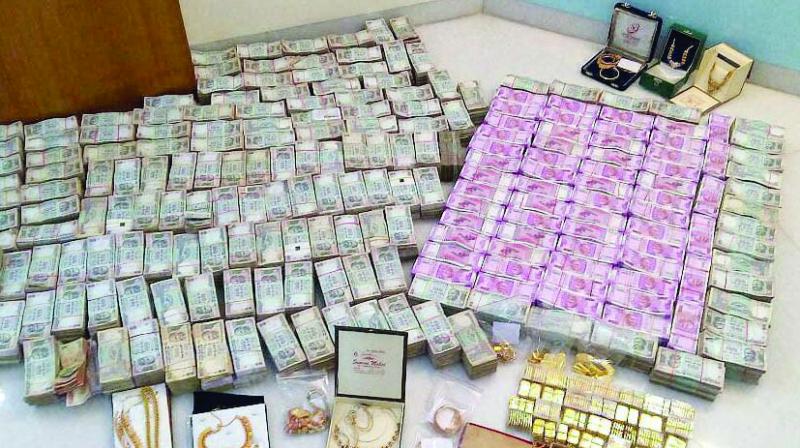 The agency said it has placed "Jignesh Kishorebhai Bhajiawala (41) under arrest as per provisions of the Prevention of Money Laundering Act (PMLA) at about 11:45 PM last night" at is sub-zonal office here. He will produced in court today.

The Enforcement Directorate (ED) had registered a criminal FIR against Bhajiawala and some of his family members based on a CBI FIR against him, which was booked after the Income Tax department first conducted searches and seized gold and cash from his premises as part of their operation in December last year to check black money post the notes ban.

Reports suggest that Bhajiawala’s net worth is Rs 2,000 crore, which included several commercial properties, plots and flats in the city.

The case had gained prominence after investigating agencies detected the proverbial rags-to-riches ascent of the 'chaiwala'-turned-financier based in the diamond city of Gujarat.

"The Bhajiawala family has converted a huge amount of their unaccounted money, post demonetisation, into new high denomination currency and other valuables through collusion with bank officials and private persons by impersonating, forgery and by using forged documents.”

"An amount of over Rs 1.02 crore in new currency was seized by the I-T department from his premises during searches at his home, shop and bank lockers held by them. It was also found that the accused had hired several bank lockers in benami names to stash their unaccounted assets," the ED alleged.

Describing the alleged modus operandi deployed by Bhajiawala to generate and stash black money, the ED said, "Bhajiawala in collusion with P Bhatt, the then Senior Manager, Surat Peoples Cooperative Bank Limited, Udhna branch in Surat obtained KYC files and these files were taken outside the bank to several xerox centres to obtain photocopies of IDs available in the said files."

The agency added that "it is believed that Bhajiawala has used the remaining IDs to obtain new currency through collusion, impersonation and forgery and laundered the same.

"Possibility of Bhajiawala collecting IDs from other financial institutions and their misuse cannot be ruled out as the probe is ongoing," it added.

The I-T sleuths had recovered Rs 1.45 crore cash, with about Rs 1.05 crore in new currency notes, bullion worth Rs 1.49 crore, gold jewellery valued at Rs 4.92 crore, other ornaments worth Rs 1.39 crore and silver ingots priced at Rs 1.28 crore. The total assets of Bhajiawala detected by the IT were about Rs 10.50 crore.