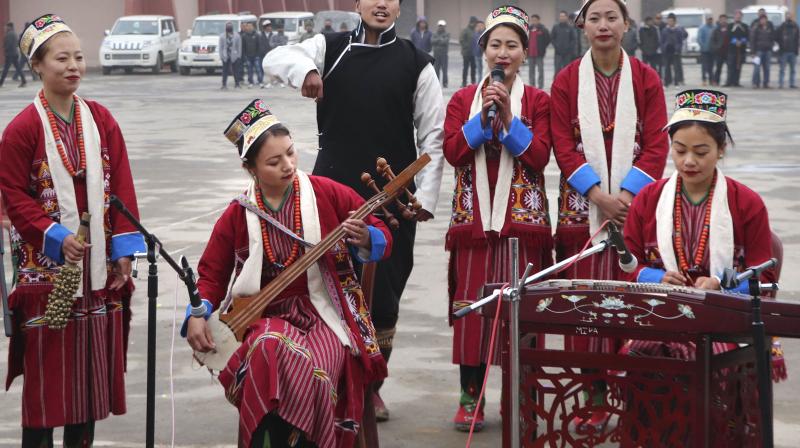 Asserting sovereignty over the territory, a Chinese Foreign Ministry spokesman said in Beijing that China is "firmly opposed" to the trip as it violated Beijing's "territorial sovereignty and sabotaged political mutual trust".

Amit Shah is in Arunachal Pradesh to attend the 34th Statehood Day function and launch a number of projects, officials said.

China routinely objects to Indian leaders' visits to the northeastern state to highlight its claims over it.

"China's position on the eastern sector of the China-India boundary, or the southern part of China's Tibet region, is consistent and clear," China's Foreign Ministry spokesman Geng Shuang told an online media briefing in Beijing on Thursday while replying to a question.

"The Chinese government has never recognised the so-called 'Arunachal Pradesh' and is firmly opposed to the Indian politician's visit to the southern part of China's Tibet region as it violates China's territorial sovereignty, undermined stability of the border area, sabotaged political mutual trust, and violated relevant bilateral agreement," he said.

"The Chinese side urges the Indian side to stop taking any action that may further complicate the border issue and take concrete actions to uphold peace and tranquillity of the border area," he said.

China claims Arunachal Pradesh as part of southern Tibet and the two countries have so far held 22 rounds of talks between special representatives to resolve the border dispute.