Comic has been banned by 4 airlines after his confrontation with journo. 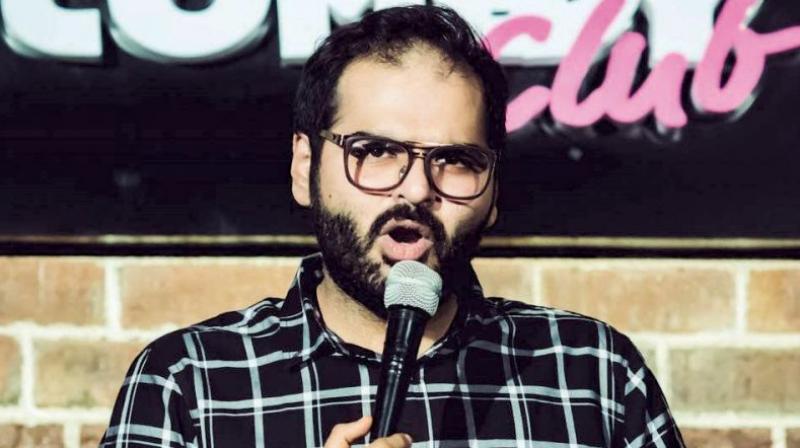 New Delhi: The flying ban on comedian Kunal Kamra by four Airlines after his face-off with a leading journalist on air has been questioned by Opposition MPs in the Standing Committee on Transport, Tourism and Culture. The matter would be taken up at the meeting of the Standing Committee, which is headed by Andhra MP T.G. Venkatesh, on Thursday.

Mr Kamra had been banned by four airlines after his confrontation with the said journalist aboard an Indigo flight. Though the DGCA had said that the ban was in complete consonance with laws, the pilot of the Indigo flight had questioned the move saying that he had not been consulted before the order was issued.

Before the meeting of the Standing Committee on Thursday, Trinamul MP Derek O’ Brien has written a letter to Mr Venkatesh questioning the ban. “I would like to draw your attention to the unlawful ban arbitrarily imposed by four major airline carriers on a Kunal Kamra for unruly behaviour without conducting an enquiry into the matter,” the letter, a copy of which is available with this newspaper, said.

The letter further said, “The behaviour of these Airline carriers is violative of Handling of Unruly Passenger Rules 2017, principles of natural justice and extremely arbitrary. I urge the committee to take cognizance of the matter as occurance of such incidents can have a negative bearing on the aviation policy of the nation.”

Sources told this newspaper that the issue was likely to be raised in the panel meeting scheduled for Thursday when it meets to discuss the demands for grants for the ministry of civil aviation.

The sources said that Mr O’Brien also raised the issue of tourism and culture minister Prahlad Singh Patel “misleading” Parliament on a question raised by CPI(M) MP Elamaram Kareem in Rajya Sabha on the loss in revenue in J&K tourism sector after the scrapping of special status of the state last August.