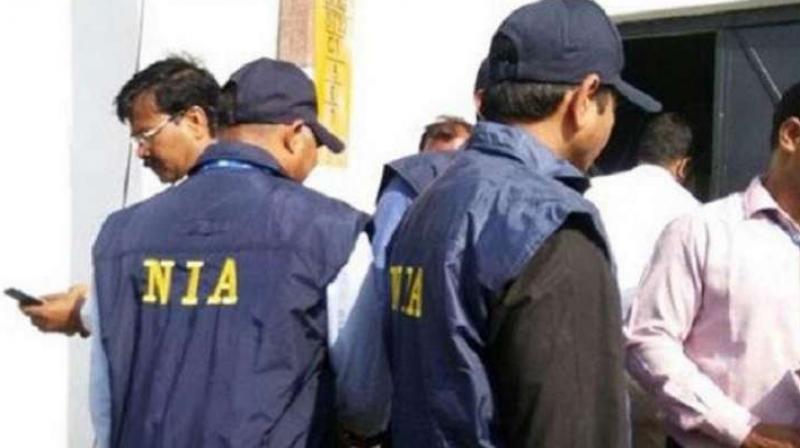 SRINAGAR: National Investigation Agency (NIA) on Saturday raided nine locations in Jammu and Kashmir and Rajasthan as part of investigation and evidence collection in a case of alleged terror conspiracy by Lashker-e-Tayyaba (LeT), Jaish-e-Muhammad (JeM), Hizb-ul-Mujahideen (HM), Al-Badr (AB) and their affiliates such as The Resistance Front (TRF) and People Against Fascist Forces (PAFF), the agency said.

The raids were carried out at eight locations in the districts of Baramulla, Kupwara, Shopian, Budgam, Ganderbal and Rajouri in J&K and Jodhpur district of Rajasthan. “During the searches conducted today, various incriminating documents, digital devices, SIM cards, digital storage devices have been seized,” the NIA said, adding, “Further investigation in the case continues.”

On Wednesday, NIA and J&K’s own State Investigation Agency (SIA) had separately conducted raids at 19 locations across the Kashmir Valley and arrested at least 10 alleged Over Ground Workers (OGWs) of a militant organisation. Also, many electronic devices including mobile phones and other “incriminating” material were seized in searches at these locations, officials had said.

A spokesman of the SIA had said that the raids conducted by it were primarily focused on the network of proscribed JeM and that the ten “identified” persons arrested in these were part of an OGWs’ module which was taking instructions from outfit commanders to enhance its reach mainly among students.

Separately, the NIA sleuths who were being assisted by the J&K police and Central Reserve Police Force (CRPF) conducted raids at nine locations in capital Srinagar, southern Kulgam, Anantnag and Pulwama districts and north-western Baramulla, Bandipore and Kupwara districts.

A spokesman of the NIA had said that the raids were carried out in connection with the cases of recovery of an Improvised Explosive Device (IED) from Bhatindi area of Jammu in June last year and proscribed Lashkar-e-Tayyaba (LeT)’s attempt to spread its network by “radicalising, motivating and recruiting youth of J&K.” It said that the outfit’s commanders Sajjad Gul, Salim Rehmani alias Abu Saad and Saifullah Sajid Jutt wanted “to effect violent activities in J&K and rest of India.”